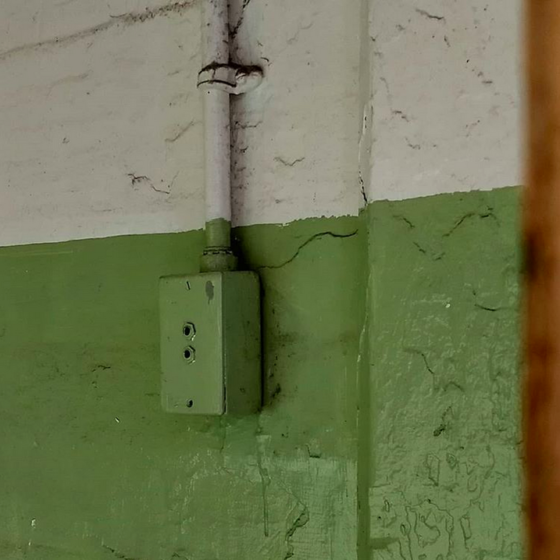 Toward the end of its run as a federal penitentiary, Alcatraz introduced radio to its prison cells. The 5’x9′ rooms had a small wired metal box. The metal box had two jacks, one for each of a pair of broadcast options available to prisoners, excepting those in solitary confinement. There was a jack for sports and there was a jack for music, our chipper park ranger tour guide explained to us today. Prisoners had headphones that they could plug into either channel. A guard at a central control room monitored the stations and would censor any news deemed too sensitive by simply muting the given signal. Prison life is all about a heavily mediated experience, being cut off from the world. Inmates at Alcatraz also required a cord to communicate with visitors, who spoke via those familiar phone-like connections; the interlocutors saw each other only through small and exceptionally thick windows. The one variable beyond the prison system’s powers was the sonic makeup of the environment, of the bowl that is the San Francisco Bay. From the island of Alcatraz, prisoners could apparently hear the frivolity of Fisherman’s Wharf and other coastal pleasure zones, a mile and a life sentence away.