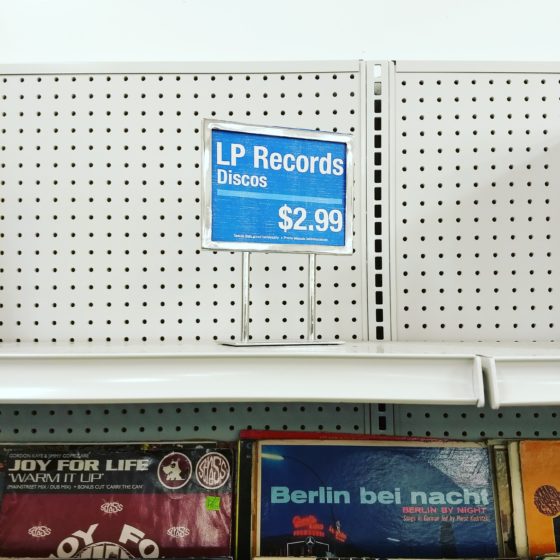 The Goodwill thrift store seemed like a good place to find old cassettes. I wanted to purchase a few in order for them to be unspooled and employed as test subjects in the production of tape loops. There were plenty of dead media items present, lots of LPs, and CDs, and DVDs, and Blu-rays, not to mention books both hard- and paperback, as well as a variety of videogame formats, some behind glass to signify if not necessarily bestow value. What there was not was a tape cassette. Not a single one to be found. As for the LPs, they were beyond well-worn. Most of them had been very old decades back when I first started purchasing records, and they looked to have been bought and sold several times over in the intervening years. Above them was this sign listing the price: $2.99. The sign looked like it was simply yet another item for sale, so out of whack did the dollar amount seem in relation to the LPs themselves.