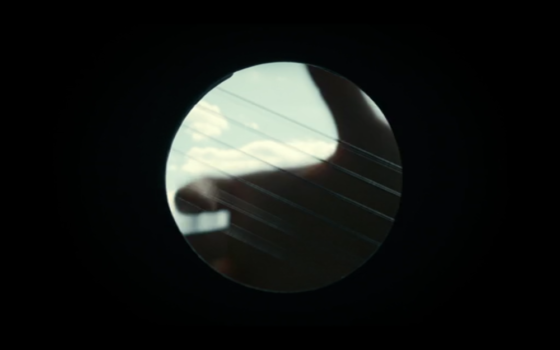 (Spoilers don’t bother me, but they bother other people, so I’ll say at the outset: Spoilers throughout.) I caught the recent Coen brothers film, The Ballad of Buster Scruggs, during its its initial theatrical release. The movie — an anthology collecting six short stories — is available right now at home for free, or at least for the cost of a monthly Netflix subscription, but seeing it in a theater had its attractions, including the presence of a pretty good ramen shop around the corner. There were also demerits inherent in a public viewing — for example, the fellow matinee attendee, likely a Watchmen fanboy, who recognized the words of Percy Bysshe Shelley emanating from one character’s mouth and felt the need to not just speak them aloud, but to do so in advance of the character himself.

The key benefit, though: the theater’s speaker system. The Coen brothers craft everything in their films except probably the craft service, and that goes as much for the sound design as it does for the costumes, dialog, and camera angles. My living room’s TV doesn’t hold a foot-candle to a proper theater, and that’s as true of the sound as it is of the picture. Taking the film in in a theater made its sonic aspects all the more audible.

In classic Coens manner, Scruggs is a heavily mannered film, as much an anthology about westerns as it is a collection of westerns. There is no narrative connection between the six Scruggs stories aside from the framing structure of a storybook, which the film returns to between each “chapter.” The plots range from wagon train to stage coach, desperado to prospector, and singing cowboy to a tragic traveling entertainment troupe, if the word “troupe” can be applied to just (barely) two men.

The Ballad of Buster Scruggs takes its title from the opening story, a humorous tale of a gunslinger as keen on singing as he is blasé regarding the trail of blood he leaves behind. Later, we’re treated to additional songs, including Tom Waits, at the end of “All Gold Canyon,” singing in his trademark barroom growl (albeit amid nature so beautiful it feels like a Disney film come to life), and in “Meal Ticket,” to Liam Neeson’s minor-league theatrical impresario doing drunken injustice to “The Sash” around a campfire. In addition to which there is, as always, a rich score from the Coens’ regular composer, Carter Burwell.

But there’s as much sonic ingenuity between — and in one key moment, within — the songs of Buster Scruggs as there is charm and narrative heft to the songs themselves. The film’s sonic imagination is exemplified but not restricted to these four key moments:

1. Hollow Sentiment: In the tile story, which opens the film, the singing cowboy, played by Tim Blake Nelson (often resembling Gary Busey from the 1978 The Buddy Holly Story) is treated to increasingly absurd arrangements of his ditties, right up to the posthumous duet that closes the piece. For one instance, early on, we hear and see him from inside his acoustic guitar. The echo is simultaneously deeply artificial — witness the marvel of the sound-hole eye view — and natural, in that it has the muffled echo of a small wooden box. That balance between utter artificiality and naturalness is a hallmark of the Coens’ lengthy filmography, and this is probably its single greatest occurrence in this movie …

2. Audio Book: … but it’s not the only one, not close. Another example: When the camera pulls back at one point from the filmed drama to the interstitial moment of the book that contains each of the film’s stories, we not only see the page turn, but we hear the creaking of the chair in which the reader is seated. Like the acoustic guitar mentioned above, the instance is both artificial and natural: meticulously choreographed, and deeply folksy.

3. Bucket List: When a cowboy played by James Franco comes upon a lonesome bank in the middle of nowhere, in “Near Algodones,” we see and hear a bucket hitting the inside of a stone well. The presence of that thud marks the sheer emptiness of the location — and, as it turns out, sets us up for another stretch of rope later in the film. 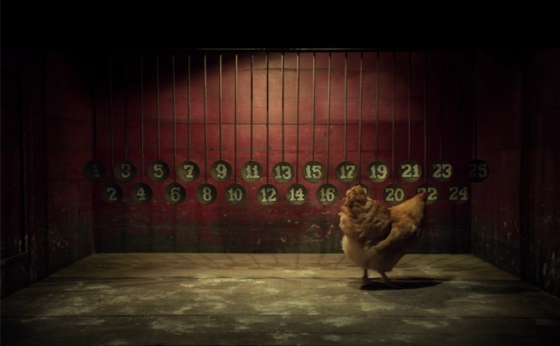 4. Fowl Play: In “Meal Ticket,” perhaps the darkest of six often quite dark stories, Liam Neeson plays a traveling theater owner, whose sole actor, played by Harry Melling, is a haunting, indelible image: a man with no arms or legs, and yet the magnetic presence of a romantic poet. Neeson is the man behind the scenes, doing every other thing involved in his mobile theater except performing. He drives the coach that doubles as their stage, he collects tickets, and he feeds his star attraction. He also makes noises to accompany the performances (what came to be known as foley sound in the age of broadcasts and, later, filmed entertainment). We witness him at one point using a sheet of metal to summon up biblical thunder. Later on in the film, Neeson finds that his audience has been tempted away by, of all things, a novelty attraction featuring a “calculating chicken.” One thing we see the chicken do is peck at small bits of metal. In the O. Henry twist of the story, Neeson brutally ditches his young actor in favor of the chicken. In a deft moral touch, the movie forges this connection between Neeson and the chicken both being seen banging on metal to entertain crowds. The association — the way it makes Neeson so small, through the comparison — is almost as brutal to Neeson’s character as he is to his young, limbless actor.

One thought on “The Non-Balladic Sounds of Buster Scruggs”