Data confirms what the ears were sensing. 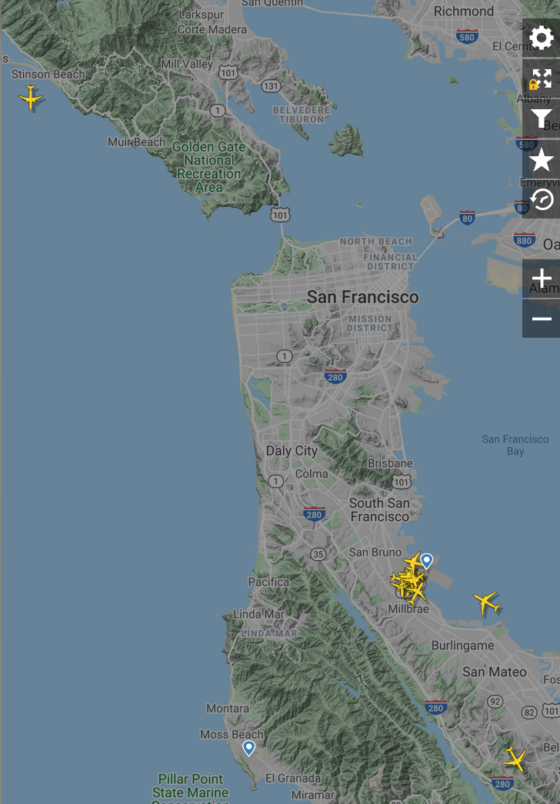 It’s been quiet — understandably so, given the circumstances — in the Richmond District of San Francisco, where I live. I’ve mentioned characteristics of the quiet previously, and wondered about the quiet not just on the ground but in the air. Above is an image of what San Francisco’s airspace looked like this morning as I drank coffee. Below is a chart of the decline in flights globally (as tracked by Flightradar24.com, also the source of the map). 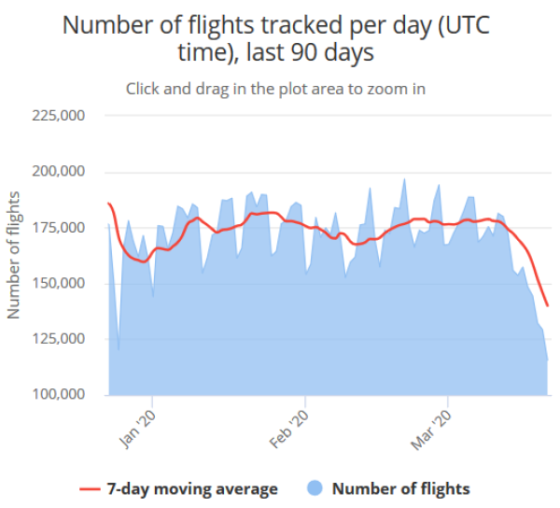 In his book One Square Inch of Silence: One Man’s Quest to Preserve Quiet, Gordon Hempton takes the concept of a place on Earth where the sound of a plane does not intrude as a means by which to measure environmental health. He considers not just everyday air traffic like freight and commercial routes, but the unique tension where the planes are a self-contradictory byproduct of nature tourism, such as in the National Parks here in the United States:

And very much to Hempton’s point, the presence of silence has correlated directly with a slowdown of our planet’s machines, flying and otherwise, in reaction to COVID-19. This widely distributed NASA/ESA graphic comparing air quality in Wuhan, China, a year ago and today is clear evidence. (More at cbs.ca.) Here in the Bay Area, air pollution has already reportedly dropped by 38% (sfgate.com). 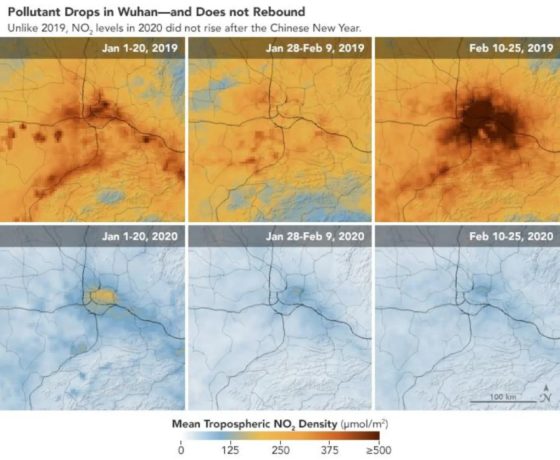 However, the thing our current quiet has reaffirmed for me, as an admiring if pragmatic reader of Hempton’s book (also recommended: the associated documentary, Soundtracker), is that silence is contextual. I’d go so far as to say that silence is synonymous with context; it is the sense, the setting, the environment (using the broader sense of the term) in which life unfolds. An argument attributing restorative qualities to our current quiet would be tough to make. This is a very different quiet, not a presence but a void.