I do this manually each week, collating the tweets I made that I want to keep track of (and sometimes some stray thoughts that didn’t appear earlier). For the most part, this means ones I initiated, not ones in which I directly responded to someone.

▰ Yes, I just waved at someone on a Zoom call who has clearly joined by phone

▰ Third round of stuffing, one Black Friday purchase (a MIDI controller)

▰ Hey, there is now a synth shop in the Mission: missionsynths.com.

▰ I’m glad they translated the sound effect though I’m not sure what the sound is though this is a Yuichi Yokoyama manga so that may be the point. 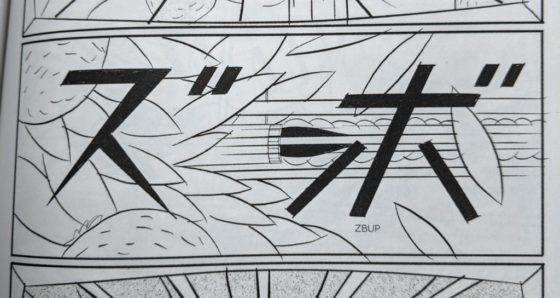 ▰ That thing where you’re reading a Yuichi Yokoyama book and you’re like oh yeah this totally makes sense and then you realize you’re two or three pages into the next story and despite paying close attention you totally missed the prominent “END” at the end of the previous story.

▰ Interview with manga artist Yuichi Yokoyams whose comics very much are very quiet and very loud at the same time sorta like when you are deep in nature. 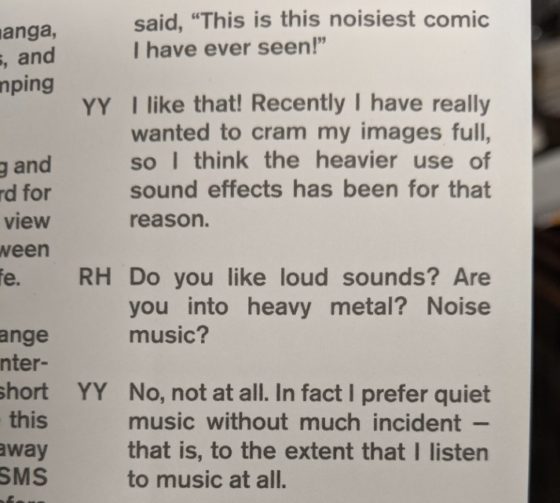 ▰ It apparently feels inappropriate to use commas when writing about Yuichi Yokoyama. (Two images above from the book Outdoors. It was published by Kodansha in Japan in 2009 and Breakdown Press in England in 2018.)