Like a book club, now in the Disquiet Junto Slack 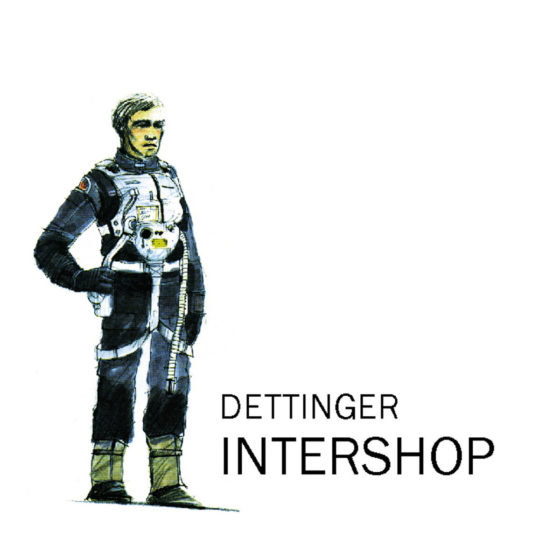 Over in the Disquiet Junto Slack, we’re going to try having an album club, which is like a book club but for, you know, albums.

The first Disquiet Junto album club record is … Dettinger’s Intershop, released by the Kompakt label in 1999. From the Bandcamp description:

Intershop is one of our most renowned pre-millennium offerings, a surprise best seller and a style-defining predecessor of the then-nascent pop ambient genre. A massive fan favorite even after 16 years, it was originally released on CD only and held seven masterfully crafted cuts introducing the listener to a new blueprint for electronic music. Wayfaring somewhere in between field recordings, pop stylings and dreamy textures, sonics like these were simply unheard of: indeed latching onto early ambient experiments from artists like Wolfgang Voigt, but taking a different path to pop epiphany, Dettinger carved out a niche on his own that was soon to become the breeding ground for a whole generation of ambient-minded artists.

The album was selected by Jet (aka Michael Upton), who will moderate the discussion and who shared this memory when proposing the selection on the Junto Slack:

In 1999 I flew to Europe and kicked about for almost 6 months. I went to the Kompakt shop in Köln and picked up this and Jan Jelinek’s first album as Gramm. The Gramm album is 55 minutes, so I’m subjecting you to the shorter one. I travelled across Europe by train, listening to this on Discman, and I loved it (the whole experience). So, yeah, I thought rather than pick a new release, I’d go with something I have a pretty nostalgic attachment to and which I happily listen to >20 years on.

The group listen will occur at 1pm Pacific this Saturday, October 15. Here’s a handy way to figure out when that is wherever you will be at the time:

You can find the album here, among other places: