Reviewing Robert Fripp for The Wire

Behind a paywall for now

I wrote a review of Robert Fripp’s new book, the 561-page The Guitar Circle, for the latest issue of The Wire (the one with Tyshawn Sorey on the cover). Full text is in the print and (paywall) online edition.

A recent accounting as of October 2022

Where I hang out online:

▰ Twitter: Twitter is my public notepad (or scratchpad), more than anywhere else aside from Disquiet.com itself. I tweet weekdays at twitter.com/disquiet. I’ve made an OK home for myself on Twitter by muting frequently and blocking occasionally. I take weekends off. On Saturdays I do a roundup here on Disquiet.com of some of what I’ve tweeted.

▰ Instagram: There’s at least one new image a week at instagram.com/dsqt, and often more. (I’d like to have instagram.com/disquiet, but it’s under the possession of someone who hasn’t used it since 2012. If you happen to know how I could trade out for that, I’d appreciate it. Maybe you work at Instagram and would like to help.)

▰ Mastodon: If you use Mastodon, I’m at @[email protected] I don’t use it as much as I’d like, because it remains more theoretical than practical, but I keep at it. (I wrote a lengthy appreciation of Mastodon back in May.)

▰ YouTube: I sometimes post videos at youtube.com/disquiet, though not as often as I used to. I also occasionally update my ongoing YouTube playlist of fine live performance of ambient music). My main streaming music service is music.youtube.com, which includes an ad-free YouTube subscription, which is the only recommended way to use YouTube. There is no social component to music.youtube.com, which confuses me to no end.

▰ SoundCloud: My soundcloud.com/disquiet has over 10,600 followers at this point. Unfortunately, I can only follow 2,000, because that’s a SoundCloud restriction.

▰ Bandcamp: I buy and listen on Bandcamp. You can see some of what I’m listening to at bandcamp.com/disquiet, and if we follow each other we can keep abreast of such activities. It’s low-level social, and somewhat useful.

▰ llllllll.co: There’s a great online discussion group called Lines at llllllll.co, where I spend a lot of time. If you make music, especially if digital tools mediate your creative process, I recommend the community.

▰ Etc.: My Facebook is mostly friends and family. Facebook is where you realize how little you have in common with people you know and Twitter is where you realize how much you have in common with people you don’t know. My Reddit activity is minimal, though I do peek it regularly. There are some Slacks, in particular the Disquiet Junto one, but most aren’t public in the primary sense of the word. Same for Discord, which has yet to become a habit for me. I see “social” as a function, not a category. GitHub is social. LinkedIn is social. Email is social (especially many-to-many group email lists), etc. I am social.

Anyhow, the above are my main hangs.

▰ New household sound since starting to get the Sunday New York Times delivered for the first time in over a decade: it slamming against the front gate at 1:57am.

▰ Flashing back to my self-publishing chronology:

▰ Life was easier when my newsletter publishing tool was the bcc line. And then Majordomo (which apparently turns 30 this year). 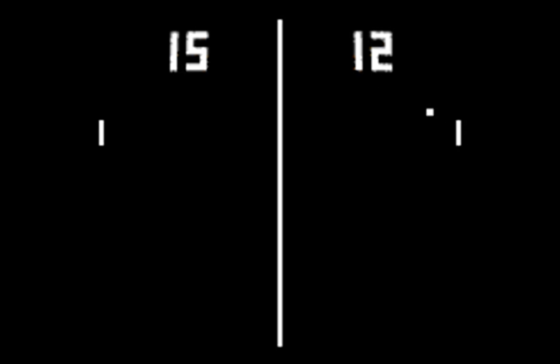 ▰ I just like that somehow Ethan Hein (ethanhein.com) and Todd Elliott (thelithole.com) are reading Moby Dick at the exact same time. I need to get on this ship.

▰ I initially thought all the Nord news was about Russia shutting down the VPN. I was also just waking up.

▰ After using DALL·E 2 for the first time for an hour straight, every time I see an image — any image, like a photo in a newspaper or a piece of art hanging on the living room wall — my first thought is, “What phrase conjured this?”

▰ It’s been over a month since the third (er um can I say “eventful” without being too spoilery?) episode of season 7 of Shetland. Anyone have a sense (in the former colonies known as the U.S.A.) when this unintelligible-to-me-without-captions Scottish import will continue? (It’s on Amazon Prime.) Bonus points for graphic-novel plot. Bonus bonus points for whoever put a book by regional hero Frank Quitely in one of the early scenes.

Last two years: The pandemic = Hardly Strictly Bluegrass is a window on my laptop.

▰ Strange. It’s happened twice recently where someone (whom I follow and who also follows me) replied to one of my tweets, but I didn’t see it in twitter.com/notifications. I only happened to notice that the tweet had some activity, so I clicked on it and saw the response there.

For a survey from a music equipment company 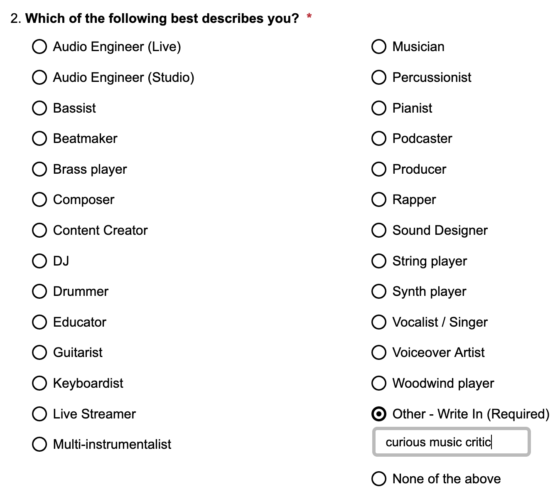 With a pair of write-ups on Pitchfork

I’m pleased to have two pieces in a pair of 1990s roundups published this week at Pitchfork. 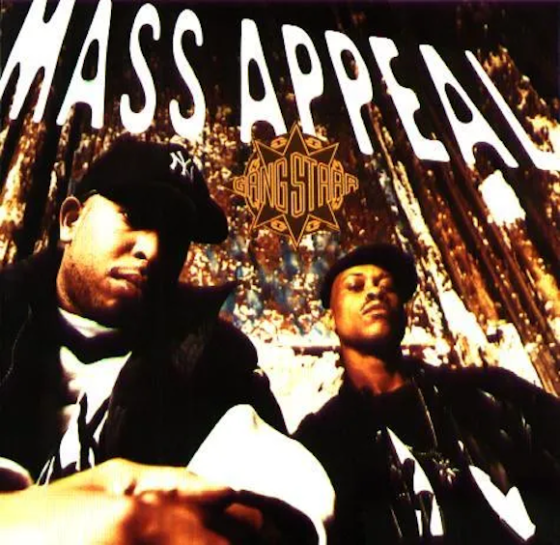 For “The 150 Best Albums of the 1990s,” I wrote about Gang Starr’s 1998 album, Moment of Truth. As I note in the short summary, this was the hip-hop duo’s fifth album, but perhaps more meaningfully, it was the second after Jazzmatazz, a landmark record that Guru, the Gang Starr rapper, made with jazz musicians like Dr. Lonnie Smith, Roy Ayers, Courtney Pine, Branford Marsalis, and Donald Byrd (it also had MC Solaar, Chaka Khan, and N’Dea Davenport, among others). DJ Premier, whose taste for jazz surfaces with his use of horn and, especially, piano samples, didn’t participate in Jazzmatazz.

I didn’t play much of a role in the decision-making about the included albums, though Gang Starr was on the list of artists I proposed writing about. The main album I would have liked to see on this list that isn’t there is Kiko by Los Lobos. 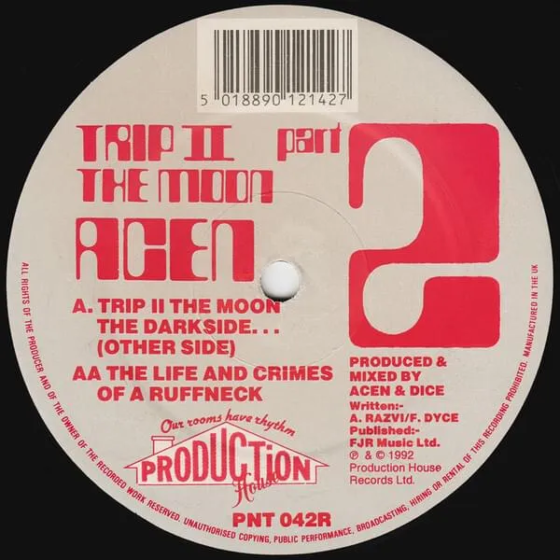 For “The 250 Best Songs of the 1990s,” I wrote about “Trip II the Moon (Pt. 1 and 2),” a pair of 1992 breakbeat tracks by the British producer Acen. Choosing just 250 songs to represent the 1990s is beyond my comprehension. I wouldn’t even know where to start. It was fun, though, to help support the rave contingent, also represented on the Pitchfork list by Double 99, Beltram, Goldie, and, of course, the great Underworld.