In episode 8 of the ongoing first season of Fringe, Fox’s X-Files-like TV series, a young boy is seen during the opening scene in the back of a car, patiently deploying notes on a piece of sheet-music paper. The boy’s father is driving the car, and outside rain falls heavily.

Son: Dad, don’t get mad at me … but … the windshield wipers. Could you slow them down?

Dad: Slow them down?

Music isn’t unessential to Fringe — there’s a piano in the Harvard University laboratory of truly mad scientist Walter Bishop (a sort of analog to the great British sci-fi scientists, Who and Quatermass), and of course series co-creator J.J Abrams is known for contributing to his own shows’s scores.

And then there’s this comment by Bishop, when he arrives on the scene of a mysterious incident near the opening of “The Cure” (episode 6 of season 1, written by Felicia D. Henderson and Brad Caleb Kane, air date October 21) and loiters near a buzzing telephone pole:

Was I humming? I thought it was in my head. … Nothing sings like a kilo volt. Unique pitch. Nothing else in nature quite like it.

More on the series and its mix of science, science fiction, and, occasionally, music at fox.com/fringe, from which this promotional image is borrowed: 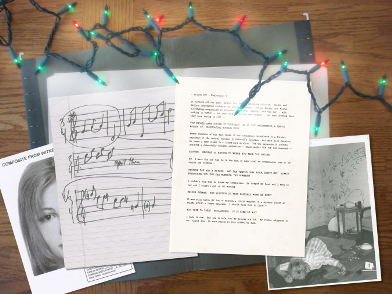