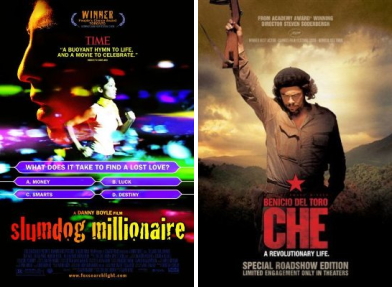 Film director Steven Soderbergh has not made a horror film, which Danny Boyle did in 28 Days Later … (and, some would argue, also in Sunshine). And Boyle, even at his most populist, has not directed something as deeply Hollywood as Soderbergh’s Erin Brockovich. But the two filmmakers have much in common — most emphatically, if not a shared musical sensibility, then a shared sense of the importance of there being a unique sonic aspect to their films.

Boyle since Trainspotting (1996) has been synonymous with multiplex techno, the pulsing electronic sounds that have provided much of the momentum to his films, including 28 Days Later and The Beach. Soderbergh, since sex, lies, and videotape (1989, with music by Cliff Martinez), has crafted film after film with an emphasis on underscoring, on subtle, sinuous music that filters into each film’s own sound design — from The Limey to Traffic, and even through his more crowd-pleasing works, as with David Holmes‘s soulful cues for the Ocean’s trilogy. (Holmes’s Ocean’s cues have come to define the modern heist flick; they’re quite clearly the template for the music to the new TV series Leverage.) Both directors have ventured into outer space, Soderbergh with Solaris, for which his longtime composer Martinez summoned mid-century avant-garde textures, and Boyle with Sunshine, the save-the-sun adventure, shot through with original music by Underworld, whose “Born Slippy” was the emblematic Trainspotting song.

Late last year, both directors created films that set up a particularly clear parallel. Those films — for Boyle, the Indian fantasy Slumdog Millionaire, and for Soderbergh the two-part Che — were set outside the familiar geography of their past work. It was Mumbai for Boyle, who’s better known for charting British terrain, and Latin America for Soderbergh, who is most at home on American soil. Of course, in both cases, the directors headed to regions that bear the mark of colonialism, which was to some extent the point, and which certainly eased their transition. And both directors reacted to those new settings — settings far more potentially disorienting than outer space — by using somewhat unfamiliar music to still achieve the ends for which they’re well known.

Che, which focuses on Che Guevara’s revolutions in Cuba (for the first half) and Bolivia (for the second), is scored by Alberto Iglesias (who did great work in The Constant Gardener), and these are his first collaborations with Soderbergh. The Cuban half is also one of the most traditionally scored films Soderbergh has released, even if the drama-heightening orchestral music is heavily accented by regional instrumentation. However, in the second, and darker, of the two films, the score, albeit still orchestral, is much more atmospheric, much less melodic, than in the first, and it’s all the more striking because those haloing, sound-effect-like qualities in Iglesias’s score are all summoned on regular, analog, orchestral or otherwise traditional instruments.

For Boyle, Slumdog Millioniare provided an opportunity for an exuberant Bollywood mashup, courtesy of several song-makers (most famously M.I.A.) and composer A.R. Rahman, who is up for three Oscars. But despite the foreign source material, the result is every bit as upbeat and weightless as is expected from Boyle — as in Trainspotting, the music doesn’t root the film so much as it provides a kind of counterbalance to the depravity and pain witnessed on screen. (Both films, it’s worth noting, have set pieces that take place in feces-encrusted restrooms.) The techno-fied Indian dance tracks could be critiqued for sounding less like traditional India than what might play inside a W Hotel in India, but much as the film moves smoothly through the unfamiliar streets of Mumbai, Boyle has thoroughly absorbed the urban-pop sounds of the region, and made them his own — and, as a result of the film’s popularity, the world’s.