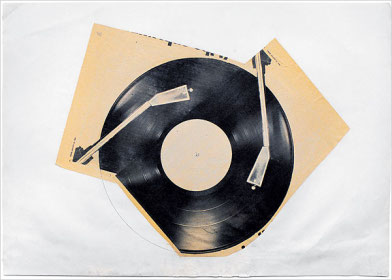 Them, Too: The New York Times used a Christian Marclay collage (above) to illustrate Bono‘s debut Op-Ed column, which was about Frank Sinatra: “As a communicator, hitting the notes is only part of the story, of course.” It’s at nytimes.com, dated January 9, though it appeared in the Sunday paper, January 11. When it first appeared, the piece misidentified the arranger of “My Way”; it was was Don Costa, not Nelson Riddle. … And in related news, photography by Hiroshi Sugimoto, he of the horizon-far stare, will be used as the art for the upcoming U2 album (art21.org); titled No Line at the Horizon, it was produced by Daniel Lanois and Brian Eno at least in part in Morocco (Rick Rubin reportedly worked on it early on), and is due out the first week of March. Saysindependent.ie: “But with the exception of ‘Fez — Being Born’ (which is less a song than a Zooropa-type sonic experiment bearing Brian Eno’s fingerprints) there are few musical souvenirs of their North African adventure to be found here.”

“In one scene, the gyro noise was too disturbing, so we rerecorded the whole scene -”“ but then, we found that without the whining of the gyro, it was just not sounding right,” he recalls. “So we only ADR’d one character, notched out the high-pitched whine of the gyro to a manageable level and kept it in the scene -”“ it added a certain tension to it that both Danny and I liked. So a noise, which I thought was disturbing during the shoot, actually came to be of use to us.” 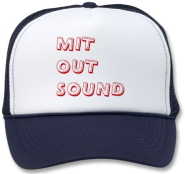 This is a remix, and though not a musical one, an interesting one. The title credits to David Mamet‘s film Redbelt, recently released on DVD, are by Andy Goldman, who took the letters from a 1905 King Lear, made in Italy, the hand-tinted credits to which Mamet had admired. “This actual alphabet and the actual colors,” Mamet explains in the DVD’s commentary track, “Andy Goldman took from that movie.” Also in that commentary track (which Mamet does with fighter Randy Couture, who appears in the film), Mamet shares one of his favorite film terms, “MOS,” which signals that a scene will be silent. He explains that the term comes from “mit out sound,” dating from a German director’s influence. More on the derivation at filmsound.org. (Hat via zazzle.com.)

Random Access: The use of interactive sound in Fanta promotions (mediapost.com). … Draw with your voice at zefrank.com (via appscout.com).

While Electroplankton for the Nintendo DS was something that pretty much had to be ordered via the Internet, the Korg DS-10 is now in GameStop stores. … And is a DJ Hero going to follow Guitar Hero? (technabob.com). … Neat idea: the “sound bulb” (engadget.com). … The New Yorker‘s Sasha Frere-Jones on the Buddha Machine (newyorker.com, newyorker.com). … Sonic helmets (sonicspacelabs.com). … I’m test-driving a G1 cellphone (that’s the “Google phone,” powered by the Android OS) for the month, to see if I wanna make the switch: g1for30days.tumblr.com — any recommended music apps, besides the song-recognition tool Shazam (which is amazing)? 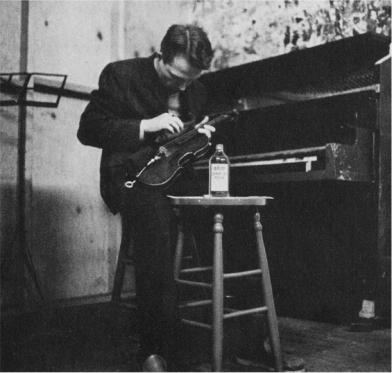 R.I.P. 2: Speaking of dying, reports of radio signals from distant (time and space) stars: nytimes.com (via johnkannenberg.com). … And the excellent label Crouton has closed (croutonmusic.com). … And the great design firm Designers Republic (source of, among many other things, numerous Warp Records album covers) has closed, though founder Ian Anderson says it will likely be revived in some manner (creativereview.co.uk). … And Tom Whitwell‘s blog, musicthing.blogspot.com, has ended “for now.” Site Updates: I’ve added streaming audio to the site this past week, both to the week-daily Downstream entries, and via the introduction of a new section (titled “Listen?“) for long-form streaming mixtapes/playlists (perfect for office work, reading, and so forth). In addition, there have been a few small tweaks made, including one that makes the interior pages a little more Safari/Android-friendly than the site was previously, and the “5 Most Read” list (in the right-hand sidebar on single-post pages) now just looks at the past month, rather than the full life of the website. And I’ll likely be adding reader comments to the site shortly.