The various rooms at New Langton Arts in San Francisco are deceptively quiet these days. Not only are the main gallery’s walls covered with dozens of examples of graphically sophisticated avant-garde sheet music, but on the first floor, in the screening room, New Langton is looping Screenplay (2005), a silent video by artist Christian Marclay. The video is part of the overall exhibit, curated by Christoph Cox and titled Every Sound You Can Imagine.

This is one of Marclay’s visual scores, in which found materials are collated as a representation of a sound performance to be interpreted by musicians. It is Marclay’s intention that his film be viewed by performers as a score. Screenplay is compiled from film footage that Marclay spliced into something of a narrative. In addition, he introduced simple, colorful digital animations of lines and waveforms and big, round dots on top of some of the footage. In following series of images, for example, a conductor appears on screen. It is one of the more explicitly music-related sequences in Screenplay, which is more often packed with seemingly random images of buildings and under-water scenes. In this segment, a thick line traces the path of the conductor’s hand, until, over time, his face is almost entirely obscured: 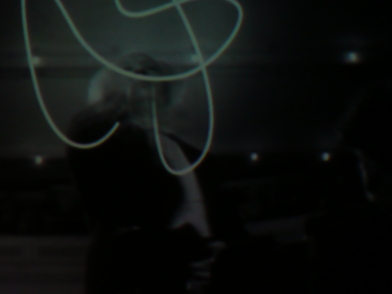 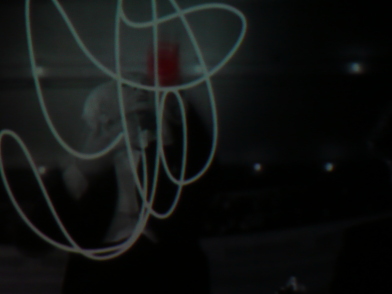 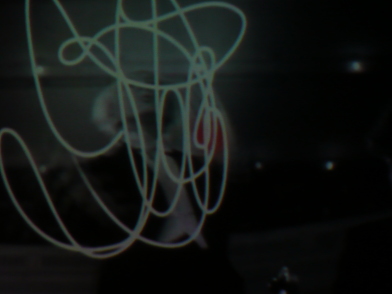 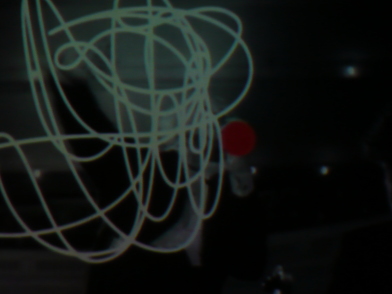 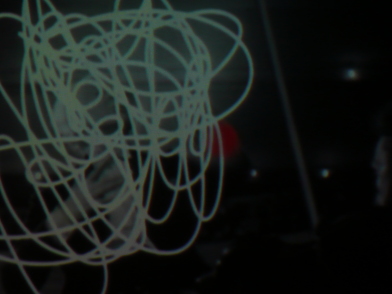 Marclay’s art often has a magnetic quality, in which the world seems to conform itself to his mindset. For example, in the sequence depicted above, the actions of the conductor, which already were meant to give instruction to musicians, take on a whole new symbolic purpose.

There is a stream-of-consciousness quality to Marclay’s Screenplay. For example, at one point there’s a chase scene that ends up with a door being locked, followed by a close-up of the lock, and then when the key falls out of the lock, something on the floor explodes, which leads to numerous sequences of ever more out-of-control fires, which then leads to scene after scene of water. Each of the segments of the silent, unfolding story is taken from a different pre-existing source, but through Marclay’s editing, they’re combined into something fluid and whole. As with the numerous printed scores on display, Screenplay is running unaccompanied by music — if Marclay uses art as score, in this setting his score is the art.

Upstairs, in the main gallery, another Marclay found score is on display, Graffiti Composition (2002), in which blank sheet music paper was left hanging in public, and then after people and nature made their imprint on the paper, 150 pieces were selected to serve as the final work.

More on the exhibit, which runs through March 28, at newlangtonarts.org.