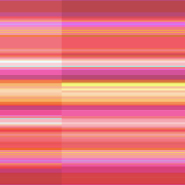 The word “equilibrium” brings with it a false sense of placidity. In truth, equilibrium has an underlying unease — accompanying the term is the sense of opposed forces. On the surface, it suggests balance; in truth, there’s sweat on its brow. Thus it’s entirely fitting that Seth Cluett titled his recent release on the Stasisfield netlabel A Position in Equilibrium. For what begins as bug-like roving — actually, earlier still, what begins as a deep near silence, only to slowly reveal insectoid noise — eventually becomes a mix of subtly shifting sine waves and all manner of small sounds (MP3). In truth, the silence is betrayed by fissures of tension and a constant imprecision.

According to a brief accompanying liner notes, those sounds include “styrofoam blocks, slide whistle, tin toys, and motors,” and the work was originally part of a performance at the Studio Soto gallery in Boston (studiosoto.org; also performing that evening were Julien Ottavi and Mike Bullock).

While the small, ambiguous noises throughout Equilibrium are of constant interest, the real focus, at least to my ears, are the sine waves that make their way through, these singular sonic forms, so distinct that you can’t help but picture them in your mind’s oscilloscope — how they come into contact with each other, moving in and out of phase, approaching, though never achieving, the work’s title state.

More details at stasisfield.com. More on Cluett at his website, onelonelypixel.org.