Like many sound-focused bloggers, when sound designer Tim Prebble takes a trip, he records not just his thoughts and his photos, but also the sounds of his journey, like the one he took to the Kobe Biennale back in 2007. It was focused (true to Kobe being a port town) on shipping containers: 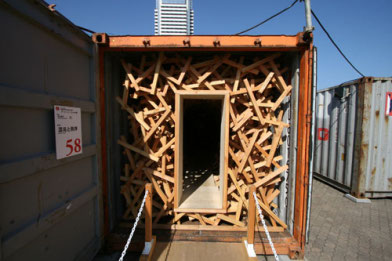 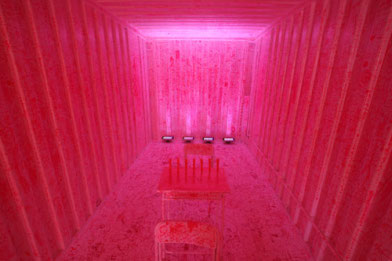 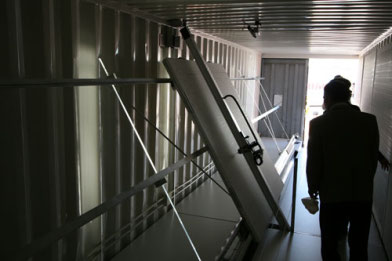 Those are just a few of the photos Prebble has posted on his musicofsound.co.nz site. The last of the three was contained an automatic drawing machine. In addition to the photo, there’s a recording of the sound of its machinations (MP3) and, because Prebble’s obsessed with sound (or, as he puts it in his blog’s subtitle, “vibrating air molecules), there’s also a recording of that same sound played at half-speed backwards (MP3).
[audio:http://www.musicofsound.co.nz/zstashedbits/drawingmach.mp3|titles=”Drawing Machine (Kobe 2007)”|artists=Tim Prebble] [audio:http://www.musicofsound.co.nz/zstashedbits/drawingmach2.mp3|titles=”Drawing Machine Half Speed Backwards (Kobe 2007)”|artists=Tim Prebble]

Click through for more on the 2007 Biennale, and images of a container-based Listening station: musicofsound.co.nz. More on the 2009 Biennale at kobe-biennale.jp.