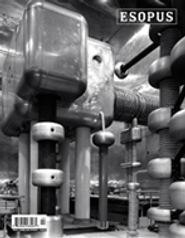 Each issue of the arts journal Esopus, edited by Tod Lippy and based out of New York City, includes a curated collection of songs on CD. The most recent issue — the magazine’s 12th, which takes as its subtitle as well as its theme “Black & White” — is no exception. The enclosed CD uses as its organizing principle an observation by Rudolf Arnheim from his book Film as Art back in 1957. Arnheim was a Berlin-born scholar, with an emphasis on the psychology of art and perception, who lived in the United States until his death two years ago at the age of 102. The quote is as follows:

The composition of the film image is striking chiefly because only black, white and grey masses, black lines on a white ground, or white lines on a black ground, provide the raw material. A comparison can be made with music, in which articulate statements are possible only because definite pitches of sounds have been arranged in scales, and only these sounds are used in a composition.

Esopus invited 11 musicians to make music based on a black and white film. Among them was increasingly prolific writer/musician/artist DJ /rupture (aka Jace Clayton), who selected the black comedy El Verdugo (1963), by director Luis GarcÃ­a Berlanga and writer Rafael Azcona. Screen capture (from youtube.com excerpt) here: 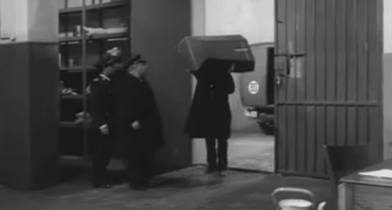 A sample of the resulting track is up at the Esopus website, esopusmag.com — it’s a miniature suite, opening with loops of billowy strings, before percussive interruption unveils a puncture, followed by pizzicato scintillate and manic industrial noise (MP3). True to Clayton/rupture’s mode, the piece never loses appeal as something with a song-like, almost pop, quality, even if its eminently listenable individual sounds are cut up to the point of abstraction. The employment of jump cuts and overlays makes an immediate opportunity for comparison to film technique, even if there’s nothing inherently comical in the end result.

The other participants on the CD are Sand Pebbles (Hud), Caledonia Mission (Hell’s Hinges), Me Succeeds (Nosferatu), Two Dark Birds (The Saddest Music in the World), Miles Benjamin Anthony Robinson (It’s a Wonderful Life), Sam Amidon (The Furies), Lisa Cerbone (To Kill a Mockingbird), Ruby sins (Metropolis), Nat Baldwin (Raging Bull), and Nina Nastasia (Repulsion). (Thanks to Michael at bartalos.com for having introduced me to the publication.)