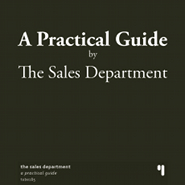 Dance music that makes you want to stand still and pay attention — that’s what’s at the heart of so-called IDM, or intelligent dance music. It’s music with a groove, with a beat — it’s music that employs all manner of club mannerisms, but does so with an emphasis on detail that rewards headphones more than it does dance floors. Those ticker-tape beats. Those whirling background synthesizers. Those whisps of vocals that are more sound than meaning. Those found sonic objects, tossed in as much variety as for anything else. And those broken rhythms, the ones that both exalt the whole idea of rhythm by pushing it to an extreme, and that also almost mock the idea of rhythm’s presumed equation with dance.

Of course, humans are always up for a challenge, and so in the 15-plus years since IDM began to arise — or at least since those sorts of music began to be termed IDM — other musics with even more complex (i.e., dance-challenging) beats have come, and many of them have been, in fact, embraced by clubs. Dubstep in particular comes to mind, with its sudden fissures, its subliminal bass lines, its chaotic frenzies.

And thus, IDM has become a kind of background music, its challenges now a comfort. Such is the music of the Sales Department, whose latest on the Test Tube netlabel, A Practical Guide, is as plain-faced as its name — and just as dependable. The five tracks are estimable runs through familiar methods, and at their best they reinvigorate those sounds and modes. Take, for example, “Misc 46” (MP3), which has a heavy, dub-influenced beat, an X-Files-worthy melodic fragment, and little more. Throughout, both elements get worked over, the beat taken apart and put together in a variety of configurations, and the synth tone moving in and out of focus. It’s quite repeat-listenable.