Spent the morning digging through the archives, and located six pieces I’d written between 1996 and 2000 that weren’t up on Disquiet.com. All were entries in epulse, the email zine I founded for Tower Records in 1994, and edited on and off until it closed down in 2004:

(1) Now the earliest entry on this site tagged “sound art” is a mention from August 1996 of a Christopher Janney installation in Manhattan, titled Reach — New York. Photo of Reach below by Janney, found via arcspace.com. 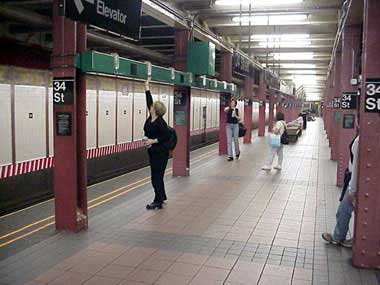