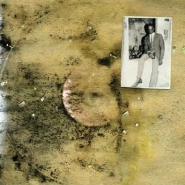 The cunning, big-eared, abstractionist hip-hop producer Madlib has as much Robert Rauschenberg in him as he does Afrika Bambaataa. His works are often sewn from pre-existing material, but he’s less a DJ than he is a die-hard object-oriented composer, forming from pre-existing parts these wide, broad pieces of music that are entirely his own, yet take few if any pains to lose sight of the myriad places from which those individual parts originated. Madlib’s music often has its closest equivalent not in a DJ set, or a mix tape, but in a collage — and his audio collages bring to mind some manner of large-scale cork board, covered with items that overlap each other, ever so slightly, and thus both locate unexpected parallels and highlight under-appreciated details. The resulting assemblage may seem haphazard, but it divulges its logic, and its pleasures, in time.

Madlib’s latest album does double duty, serving both as the third in his planned monthly releases for 2010, a quest he’s called the Madlib Medicine Show, and as his latest under his Beat Konducta series of instrumental hip-hop. Titled Madlib Medicine Show #3: Beat Konducta in Africa, it’s built from countless bits of African recordings, and its sample-layering, beat-limning marvels are hinted at by two free tracks made available by the releasing label, Stones Throw: “The Frontline (Liberation)” (MP3) and “African Voodoo Queen (Drama)” (MP3).

The full album has 37 tracks in all, and on at least one, “Spearthrow for Oh No,” Madlib (born Otis Jackson, Jr.) gives nod to his brother, Oh No (born Michael Jackson), who went to Africa on a virtual crate-digging trip last year, resulting in the excellent collection Ethiopium.

More on the album at stonesthrow.com.