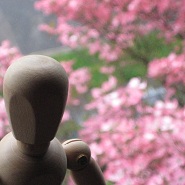 Live-looping cellist Ted Laderas, who goes by Ooray, has been known to layer enough of his strings in one single track to fill a standard orchestra pit, or to ladle in enough snarling feedback to challenge all comers at a Jimi Hendrix sound-alike competition. On “The Boy Who Took Everything Seriously,” a recent track in his ever-expanding catalog of freely downloadable music, Laderas takes the time to apply deeply considered patience to his ever-more-refined mode of music-by-accrual. The track may, in fact, have more than two overlapping waves of sing-song droning, but that remains the clearly defined, soothing foundation for the whole song’s nearly four minutes of playing time.

In a characteristically brief note, Laderas lists the piece on soundcloud.com/ooray, where he houses his music, in the “Drone” category, and then expands ever so slightly to categorize it as “cello drone neoclassical,” and to note that he used TC Voiceworks to accomplish his multi-track feat. (Voiceworks, from the company TC-Helicon, can, among other things, extrapolate five-part harmony from one melodic line. The device’s promotional materials refer to it as a “harmony processor.”)

More on Laderas/Ooray at 15people.net. (Full disclosure: I wrote the liner notes to the Ooray album Magnifications, available from luvsound.org.)