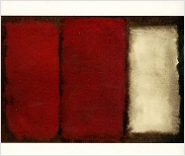 Over at feedtheenemy.com, Bob Green has posted a rare demo of a track off the album III by his alternate identity, Grassy Knoll. The track dates from 1998, well into the rise of electronic music, but before the laptop had truly inserted itself into the process. I remember visiting Green in his San Francisco apartment around that time, and watching him work his magic on pre-existing samples — it was as if he’d externalized his memory, and could work it by hand. Well, in a manner, that’s exactly what he was doing, improvising with samples in a mode that is common today but was quite remarkable at the time for the freshness of the approach. And Green’s approach wasn’t just a matter of ingenuity, but of artistry and imagination. If anything signals his alternate readings of familiar sonic cues, it’s the way sound of audience applause appears as a texture in this track, which is otherwise thick with dub-like bass, and is titled “Down in the Happy Zone (Demo)” (MP3):

Writes Green of the tech on which he produced this:

This is a demo track for the album “III”. There was something special about the sound of the Roland S-550 but it had some serious memory issues. It could only hold 2 floppy disk worth of samples! Good enough for creating demos and the sound of this machine transfered to 2” tape rather well”¦

Green was among the dub-influenced musicians I interviewed back in 1997 for the story “Dub, American Style (read at disquiet.com); also in the story are Dub Narcotic Sound System, President’s Breakfast, and Beastie Boys colleague Money Mark. The piece was collected in the anthology Reggae, Rastafarians, Revolution: Jamaican Music from Ska to Dub (Schirmer Books), edited by Chris Potash.

More on Grassy Knoll and Bob Green at feedtheenemy.com.