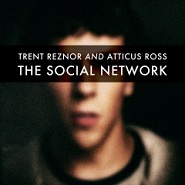 Confusion about the aligning of director David Fincher and screenwriter Aaron Sorkin on the Facebook movie, The Social Network, seems a little overstated. Sorkin, best known perhaps for his work on TV’s The West Wing, may write some of the most non-action-oriented verbiage in modern drama (“I write people talking in rooms, he told David Carr of nytimes.com), but that’s not much of a contrast with Fincher, whose best work, like Se7en and Fight Club, transforms the world into a CGI-like realm that seems more frozen in space than actually flesh and blood. Fincher’s influence is most clearly felt in the 360-degree cadaver inspections of CSI and the 2001-monolith-like typography of Fringe. There was arguably more “action” in the racing-corridor dialogue of The West Wing than there is in all of Fincher’s Zodiac. If Sorkin writes words to be spoken in enclosed spaces, then Fincher turns those spaces (people included) into architecture to be investigated from all angles.

Which is to say, the pair are a perfect match, and they’ve found their rightful aural sparring partner in Trent Reznor, of Nine Inch Nails, who along with Atticus Ross scored Social Network with a series of ambient-industrial set pieces, five of which are available for free download at nullco.com/tsn, including the siren song (quite literally, as it’s shot through with a gleaming alarm) of “Eventually We Find Our Way” and the lulling wisp that carries the superb title “The Gentle Hum of Anxiety,” the latter complete with a piano part worthy of Erik Satie, had he lived long enough to serve Alfred Hitchcock’s will. (There’s a good conversation between Fincher and Reznor at pitchfork.com, in which Fincher recalls asking Reznor about ‘doing like a Wendy Carlos version of [Edvard Grieg’s] “Hall of the Mountain King.”‘) The full album is available in a variety of formats, including (through 12:01am PT on September 30) a mere $2.99 digital edition via Amazon. There’s also a CD (just $8, which is Fugazi-style pricing), a Blu-ray audio disc, and the requisite 180-gram vinyl edition.

And the free music doesn’t end with the five-track EP sampler. The constituent parts of two of the Reznor-Ross score cues are available for free download as part of the ongoing open-source remix project at remix.nin.com. There’s “On We March,” which is included in the free five-track EP, weighing in at 10 stems (among them “bass,” “modular,” “swarm,” and “pluck) at 74 BPM, and “In Motion,” which is the second track on the full album, with 17 stems (“Korg,” “Odyssey,” “Oddity,” “Sub Loop,” “Gtr Noise”) at 124 BPM. All the remixes, which are piling up by the dozen, are available for free download. The remixing project is, in effect, a social network of its own, as participants upload their renditions and, along with casual listeners, rate them.

NB: The free download requires you to enter your email address, and is delivered as a Zip archive of MP3s, which is why it’s not available for streaming here.