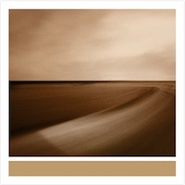 Following a brief hiatus, the Disquiet.com MP3 Discussion Group returns with its first full-length-recording consideration since pondering the reissue of Thomas Köner’s glacial Permafrost, back in August. This time around, we’re deep in the varied chambers of Brian Eno‘s first ever album for Warp Records, Small Craft on a Milk Sea, which is also credited to guitarist Leo Abrahams and to electronic musician Jon Hopkins.

Evan Shamoon: “I write about video games for various publications (EGM, PlayStation magazine), and music technology for some others (XLR8R magazine, Switched.com). I also make electronic music as giantmecha, 99.9% of which sits on my hard drive.”

And I’m Marc Weidenbaum; I have run disquiet.com since 1996, and have written for Nature, Down Beat, newmusicbox.org, and other publications; I live in San Francisco.

More on Brian Eno at brian-eno.net and the Small Craft album at warp.net.