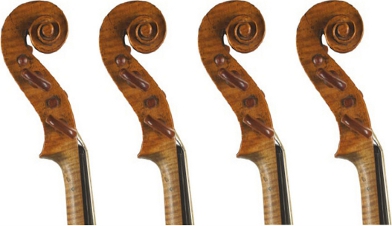 Looping and layering go hand in hand, the latter generally a result of the former.

Looping may get criticized for numerous reasons — depicted by some as lazy, monotonous, easy — but as Brian Eno and Peter Schmidt’s Oblique Strategy cards advise, repetition is a form of change.

What this means, at least in part, is that as a given loop progresses, as it repeats and thus becomes a loop, the listener is likely to notice things that might not have been noticed earlier, and wouldn’t have been noticed had looping not influenced the way the mind focuses on the sound.

As a loop repeats, the downbeat shifts, the background becomes foreground, the foreground recedes, and chance elements — such as the touch of a finger against a guitar string, or surface noise from a vinyl sample, or a slight irregularity in a vocal — come to take on the appeal of a proper, composed hook.

Take “Window” by Jim Goodwin as an example. Recently highlighted on the blog alt-classical.com, it is comprised of layers of violin playing that accrue over time (MP3).

Simple initial sawing becomes a kind of rhythm, a rhythm that gets more internal beats as a second and third layer are added. For a moment it flirts with chaos, a glistening chaos, before congealing beautifully. This is not a simple, singular loop by any means. The layering introduces a second kind of change, because counterpoint creates patterns.

The alt-classical.com post includes some useful explanation from the composer:

“Window was created with my rather primitive violin technique and a Digitech Hardwire Delay/Looper pedal. I’m using some arcing technique as well as repeated figures indicative of my interest and influence in minimalism in music. ”¦ My violin is a custom made electric solid body 4 string. Window is completely improvisation, no music was pre-thought or noted.”

It’s worth pondering whether various factors associated with the violin help diminish the sense by which the ear recognizes the seams in the loops in Goodwin’s “Window.” Does the fact that the violin signals “classical” to most ears, especially as this violin is played, mean that the work is more likely to be thought of as several violins playing at once, rather than one being manipulated electronically? And does the rich, complex tone of the violin make the looping seem less artificial?

More on Goodwin at his site, woodandwiremusic.wordpress.com.

(Photo of violin adapted from flickr.com, via Creative Commons license from CRS – University of Edinburgh; image shows the neck, scroll, and tuning pegs of an instrument, circa 1810, credited to one James Sandy of Alyth, Perthshire, Scotland.)