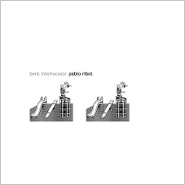 Some recent constructive back’n’forths on Twitter about the meaning of “glitch” suggested that looking at how the tag is used on various sound communities might provide some insight into the term’s evolution. For many, the word has its root in the music of Oval, aka Markus Popp, who used the sounds of malfunctioning compact discs as his inspiration. The question is whether glitch, the sound of error, the aesthetic of error, is intrinsically digital, intrinsically CD-related — is it an aesthetic, a sound, a school? Much early video art involved system feedback and bad signals, but it wasn’t called glitch then, nor does it necessarily feel like “glitch” now. There’s something about the hard fact-ness of “glitch” that suggests a digital on/off-ness, a harsh binary, a binary that seems entirely apart from audio tape and vinyl and cathode ray tubes.

Over at the Internet Archive, Paolo Ribo‘s Bent Interlocutor set is tagged, among other things, “glitch.” It’s also referenced as “8bit” and “experimental.” Just because someone’s work is tagged with a particular word isn’t necessarily meaningful in regard to the word’s status, but it does speak to how musicians see the word. On Bent Interlocutor, the glitch is hard to find, but it is there. The opening “Intro” has some artfully masticated vocals snippets, shriveling behind sci-fi-soundtrack oscillators and layers of static, shuffled like the words are coming off a busted production line (MP3).

Perhaps the album’s strongest glitch moment is the title cut (MP3), which has a retro sci-fi feel, yet its dated-ness, which is purposefully exaggerated thanks to effects that make the material feel quite worn, lends it a glitchy quality — it’s the sound of, as Caleb Kelly titled his book on the subject, cracked media. And even if it was digitally produced, it isn’t inherently digital. Glitch is the siren song of decaying media.

Get the full release at archive.org.