The Return, and Expansion, of Yoyo Pang! (MP3s) 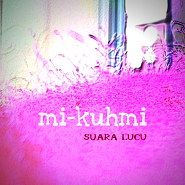 Netlabels work on their own schedules. Take the one known as “yoyo pang!,” which back in 2006, 2007, and 2008 released individual songs as self-contained singles on a semi-regular basis. Then last year, just one, a morsel titled “Lupita” that appeared in October 2009 (disquiet.com). And then, a longer silence than ever, well over a full year — until last week, on December 8, when suddenly an entry popped up in the site’s RSS feed. (Side note to netlabel proprietors: If your site doesn’t have an RSS feed, you’re doing a serious, even egregious, disservice to the musicians who are recording music for you.) Not only was there a new YYP! release — this time by Mi-kuhmi and titled Suara Lucu — it contained not just one but three tracks. It’s a first, a proper EP from a formerly singles-only netlabel.

Each of the three tracks — “Cajaja de MÃºsica” (MP3), “Pixie Cup” (MP3), and “Intonarobore” (MP3) — have at that foundation a kind of glistening glitch, like so much tinsel fed through a battery-operated sampler.

“Cajaja de MÃºsica” sounds like a cyborg’s half-remembered sense of a childhood spent in a room of kid’s instruments, the notes broken and reorganized in a haphazard manner. The piece is touching and sweet, but also unnerving, with its frayed, unresolved melodies. “Pixie Cup,” which appears to be constructed at least in part with the sound of a paper cup, makes “Cajaja” sound downright poppy by comparison — it’s the same room of instruments, long after the kid cyborg have been moved to another facility, and nothing but the wind is left to rattle the old toys. “Intonarobore” mixes in vocal snippets that would scare an adult.