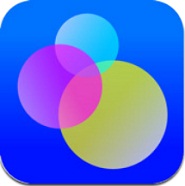 A subject of some regularity of late has been not so much whether apps are instruments, as what it means, from an authorship standpoint and a copyright standpoint, that apps are used as instruments.

The discussion coalesced in the comments section to a post at the start of December (“A Bloom Is a Bloom Is a Bloom”). The post took as its subject a recording based on Bloom, the iOS app developed by Brian Eno and Peter Chilvers. During the discussion, one of the participants, named Travis Nobles, mentioned a piece of music he used Bloom in, and that became the subject of a post a few days subsequently (“Bloom + Birdsong”).

Alec Vance, of the New Orleans electronic group Chef Menteur, has produced music he’d recorded with Bloom. It wasn’t entirely a surprise, since back in September he’d listed Eno/Chilvers’ Bloom (along with Terry Riley’s “In C”) as inspiration for a piece of music he’d recorded; that earlier piece was the subject of a post here titled “Generative Experiment.”

Vance’s Bloom-derived piece (MP3) is quite different than Nobles’ — perhaps more “Apollo” than Thursday Afternoon, to use two Eno recordings as reference points.

I asked Vance to provide some background on how the piece came together. He wrote back as follows:

Background — Mike Mayfield started the Liteworks project as a outlet to explore more minimal ambient music using vintage electronics after working in more uptempo bands like Electrical Spectacle and the Buttons. Since he’d also played with us in various incarnations of Chef Menteur from time to time, he asked me to join him to recreate some of the music in a live setting. (For the actual live show back Jan 2009 we were joined by Mike from Belong and Joey from the Buttons.) Since then the two of us have gotten together very sporadically to work on kosmiche-inspired sounds. A few months back we got together to make ambient music for an Aquarium Blu-ray disc, that I also was contracted to develop the iPhone app for. (I think you’ll really dig that app, by the way, and it should be up any day now…) We were getting together for 2 days last week to record some new pieces Mike had made demos for when you asked about Bloom; I’d played around with it a while back when we were doing Liteworks live rehearsals and it sounded really nice through the Electro-Harmonix Stereo Memory Man (new digital model) that I regretted not trying it again; I’d often thought of using it for a background drone and trying some guitar over it. So I asked Mike if it would be OK if we tried to improvise over a Bloom drone and he said sure! Mike was playing a Casiotone ct-410v and a Roland Juno-60 synth, as well as a Roland CR-78 drum machine (as heard in “I Can’t Go For That”, and “In the Air Tonight”). I was playing an Epiphone Riviera with E-bow through a overdrive, delay and/or looping pedal into a ’68 Fender Deluxe Reverb. I think we had Bloom set to “Freestyle” and let it create the notes, till the end when I added a few as I turned up the delays. I can’t recall which “mood” we had it set to, maybe “Bergamot?”. Plugged in (as above) the EHX SMM2. The unfortunate hiss was coming mostly from the VOX AC-30 that one channel of the synths, including the iPhone playing Bloom, were plugged into. I actually rolled most of it off, but it still sounds terrible!