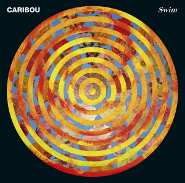 Caribou (aka Daniel Victor Snaith) was last heard of here after remixing a Four Tet track. Caribou is no less enamored of letting his work take a spin in the imaginations, and technologies, of others, and he’s been slowly posting commissioned renditions of tracks from his 2010 album Swim, released on the Merge record label. Particularly active in remix circles has been “Bowls,” a hit of loungey exotica with prayer-bowl beats and harp flourishes:

As with the Stonesthrow Beat Battles that get an occasional mention here, the pleasure in hearing the variations spun from the original is precisely in the variety. As of this morning, when Four Tet tweeted the existence of an Icarus remix of “Bowls,” there are at least three distinct iterations since the original. One by Holden opens and closes with a sharp snap of that prayer bowl, a come-to-trance gong that introduces and occasionally bisects a mix of heavy acoustic beats and backwards-masked warbles. Nearly twice the length of the Caribou original, the Holden version grabs hold of little details and plays with them at length:

Gavin Russom‘s version is more self-evidently dance-able, its two main sections separated by a bit of ecstatic stasis. The opening is all gamelany, low-key counterpoint; the second half dives into My Life in the Bush of Ghosts territory, with a pulsing bass and ritual whirlygig sounds:

Which brings us to the Icarus edit, the sole one of the four tracks mentioned in this post that is available for free download. It’s the most dessicated of the batch, and willfully so, a defiantly remote take on the original. It moves, spookily, from a looped snatch of overheard conversation to dense Michael Mann cinematics: rumbling subaural texture and automated percussion. It shares with the Holden version a taste for extreme specificity (neither track sounds merely like loops set on hold), but is much more abstract in its plotting:

More on Icarus at icarus.nu.