Note: As of today, the Disquiet.com Downstream section will run new material seven days a week. Previously it was updated on weekdays (Monday through Friday).

This is a small but needed upgrade. There’s simply too much free music on the web, compared with seven years ago, when the section first launched. So-called “free” culture has developed into such a rich community (really a community of communities) that what was once a hunt for good material is, today, more a matter of finding the best needles in a needle-packed haystack. Part of the reason for the expansion of the Disquiet Downstream section is to allow me to deal with sheer volume of music that’s of interest. Part of it is make me feel more comfortable mentioning a given individual act more frequently than I might have in the past, now that there are approximately 104 more slots per year for Downstream entries.

After the launch of the Disquiet.com Downstream section, in October 2003, its goal shaped into the following: recommendations each weekday of legally freely downloadable audio (usually music, though occasionally a related lecture, documentary, or interview segment). The Downstream entries are almost always MP3s, though alternate sound sources (Ogg, Flac) appear if they’re the only ones available. As a sign of how the section has developed, the very first Downstream entry wasn’t even for an MP3 at all, but for a video (for a song by Luke Vibert). 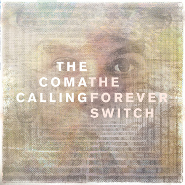 So, for Sunday enjoyment, a bit of self-styled glitchy folktronica: the four-track set The Forever Switch by the Coma Calling. Perhaps the key track is “Lying Amongst the Blooms,” which has at its base a heartbeat rhythm and a gated bit of muffled noir-movie drama, a rising muted-orchestra sample that cuts off suddenly, only to repeat again. The method isn’t uncommon, but it remains highly effective. It serves two purposes that contrast strikingly with each other. The tone itself is lush and nostalgic, even if it sounds like the audio is being filtered through layers of walls and muslin. But the cut is harsh, turning lush into beat.

The lush/beat is soon paved over with enough rhythmic material, not to mention an ’80s-style thumbed bass break, that the contrast loses its impact. Almost the whole album pushes past digital tomfoolery toward instrumental pop. Opening track “The Jenny Louise Bell Set” seems to employ a little kid’s xylophone, heard against threating winds right out of a radio adaptation of an Edgar Allan Poe story, and again giving way to a richly rhythmic and vocal-less song. Ditto “Poems,” which like those two other tracks eventually layers in a blippy robot-melodic riff, rendering the opening tonal material to background status. Great stuff all around, though you can’t help but miss the simplicity of how each track started off. “Arc” is the one piece that doesn’t lose sight of its origins, but is comfortable to take that material — a loungey, wavering spaciness, like Angelo Badalamenti gone shoegazing — through to the end. Perhaps tellingly, though, it’s the shortest track of the four.