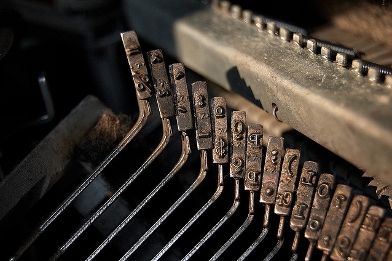 The New York Times’ lead consumer electronics reporter, David Pogue, mined simultaneously two of his major interests this week: gadgets and musicals. The theme was what he (or the editor) titled his column: “The Fading Sounds of Analog Technology.” In itemizing all the sonic cues slowly disappearing from what once was, not so long ago, daily life, he noted the “rewind/fast-forward gibberish” of tape, the scratching of vinyl, the dial tone, and “modem-dialing shrieks.”

And he opened his article with this description of the opening of Stephen Sondheim’s 1970 musical, Company. Its first sound is that of a phone’s busy signal:

After a few repetitions of that insistent, one-note beep, the overture begins building off its rhythm. The busy signal became a musical theme for the entire opening number. But when I went to see the revival of the show in 2006, the busy signal was gone. Mr. Sondheim later told me that nobody knows what it is anymore.

Sounds, of course, don’t always get forgotten. Sometimes, as Pogue himself notes, they move from fact to metaphor: “Cash registers don’t go ‘ka-ching’ anymore, either. But we still say ‘ka-ching.'” Much as we say that phones “ring off the hook,” even if they don’t ring, and even if there is no hook.

Pogue did not mention Jean Cocteau’s play “La Voix humaine,” which Francis Poulenc adapted as an opera — it’s performed solo by a woman on the phone, talking to her lover. One wonders how the work would have been shaped had it first come into existence today, in the age of the cellphone: rather than trapped in a room, the phone cabled to the wall, she might wander the streets, having the conversation on a cellphone — perhaps not even speaking, but texting. Perhaps such an adaptation has already occurred.

Pogue also didn’t mention the typewriter, but the very first commenter on the Times post, someone from Brooklyn who went by Brooklyn Guy, did:

Also add to the list, sounds of typewriters or impact printers used in action movies when some text needs to be displayed on the screen.

Well, the sound of typing’s past, at least, is having something of a digital afterlife. Word processors are increasingly employing it for verisimilitude. The iPad, for example, comes with the volume of its clackety virtual keyboard turned on. The shareware software Write Monkey (available for Windows 7), which I use daily, offers a variety of typing-sound sample sets (“schemes,” they’re called) as a bonus for paying customers. These include a teleprinter, an Olympia, a daisywheel, and, among others, a bubble keyboard. Though the implementation requires payment, over a dozen of the schemes are available for free download as Zip archives of millisecond-long WAV files at writemonkey.com.

Personally, I type silent. No disrespect to the developer of Write Monkey, which is a fine program, but I think of the canned typing noise as the data-processing equivalent of Instagram, a retro flourish of nebulous nostalgia.

That is, I don’t opt to turn on software-enabled keyboarding sounds. My laptop makes a typing sound, as does my desktop computer. Virtual keyboards are another story, but I also don’t employ sounds to augment the near-frictionless surfaces of my mobile touchscreens. The devices aren’t truly silent. These aren’t sounds we once thought of as typing, certainly, but they are sounds that we will, in the future, realize we had thought of as typing.

(Above photo by Paulo Brabo, thanks to the Creative Commons, at flickr.com. He titled it the “piano of letters” — well, “piano de letras.”)