The Pulse Between Minimalism and Techno (MP3) 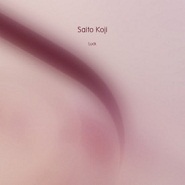 There are three pieces on Koji’s recent free album, Luck. One, titled “Old Tape Magic,” is a lengthy drone. Another, the title track, is a kind of digital chamber music that is discernibly sweet in nature. They bookend a shorter piece, titled “Count.” The brief liner note at the releasing netlabel, restingbell.net, refers to “Count” as an interlude, but it might also be called the centerpiece (MP3).

It is a slow steady pulse, and a complicated one at that. Not because of counterpoint — it lacks the rhythmic play of, say, Steve Reich. And not because of some sort of intensely demanding rigor — it is not techno by any means. No, it is its own music, derived from drone, with its centerlessness, and its lack of concern for being regarded as a song, at least by any traditional measure. It is a steady stream of pulses that shift subtly, like the way the shapes vary on each set of passing car lights on a freeway after dark. The way the tone of each pulse shifts from the preceding pulse and begins to suggest the contours of the next is endlessly enjoyable to witness.

It’s hard to make pulse music that isn’t merely the sonic equivalent of op art. Perhaps “Count” really is merely an interlude between drone and melody. But we could do with more of “Count,” more playful pulses. It’s nice to imagine a near future in which someone can say that the pulse is the new drone.

Get the full release for free download at restingbell.net. More on Koji at soundcloud.com/saitokoji.