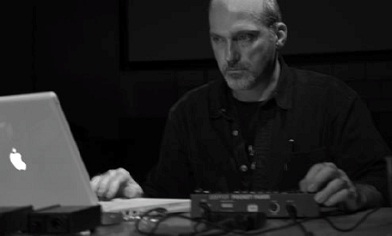 The track is a series of events. It’s the opening track, the title track, of the new album by longtime electronic music figure Kim Cascone: The Knotted Constellation (Fourteen Rotted Coordinates), on the Monotype label. We tend to think of music as a layered experience. Even solo performances involve chords, counterpoint, themes. But this track is a narrative, a largely wordless one, and one in which, when there is verbal occurrence, it is as much a matter of sound as it is of utterance, utterance-as-sound (MP3). 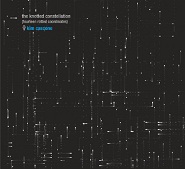 Listeners familiar with Cascone’s work with David Lynch will hear an avant-storytelling familiarity in a male cackle that appears early in the track. But the moment is less a meta reference to any Lynchian heritage than it is a carnival-esque salvo, signalling that composite of playfulness and anxiety. The track proceeds as standalone sonic segments, each separated from the next by a momentary silence, a blank space like a black title card in a silent film. There are footsteps in a dark cellar, moments of sweet ambient pop, time-bomb ticking, HVAC droning, rough static, and more. Each builds on what proceeds and foretells what is to follow, yet more than anything stands alone as a unique instance.

A video for the album has been posted as well:

More on album at monotyperecords.com. Video hosted at youtube.com. More on Cascone at anechoicmedia.com.