When Seams Are Showing (MP3) 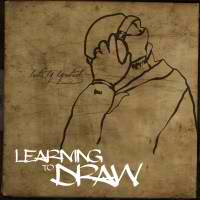 The appearance of a seam in sample-based music is not, unto itself, a sure sign of sloppiness. It can be employed as a texture, as a beat, even as a full-blown compositional element — in other words, the signifier of an error can be used, quite the contrary, as a considered, purposeful musical tool. This ability to turn mistake into music is one of many reasons that hip-hop is often likened to jazz, even if the latter is inherently improvised and the former (the backing track, if not the vocals) is inherently frozen.

The “sample seam” is generally heard as one of two things, as either a sudden gap or as a harsh truncation. It’s either a momentary pause between two common elements, as when a looped tone is intended to sound continuously but leaves a small break, or a quick cut, as when a sound is brought to an artificial close for metric and, in capable hands, rhythmic effect. (Metric would be to match the beat. Rhythmic would be to do so with artful implication.)

The “sample seam” is born of studio production, but it is not without parallel in so-called “traditional” instruments: think of the flutist taking a quick breath of air, or the guitartist’s finger resonating on the surface of a string, or the woodwind’s keys heard fluttering. Of course, those examples still depend on the presence of amplification for the effect to be heard, but that requirement just firms up the parallel between those sounds and that of the “sample seam.”

This all came to mind during several listens to Learning to Draw, a new collection by a beatcrafty musician who goes by the name Hypoetical. The standout track is its second entry, titled “Meditation,” in which a guitar loop serves as the constant element for a feat of downtempo loveliness (MP3). Also appearing are drums, bass, and a tremulous xylophone, each of those distinct parts heard as a self-conscious loop whose artificiality is essential to its delectability.

Get the full album, seven tracks total, for free download at dustedwax.org. More on Hypoetical at hypoetical.net. He was previously featured here for pairing turntablism and koto.