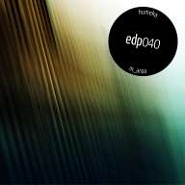 A concept album’s concept isn’t necessarily as essential as the resulting sounds. There is an enormous amount of music made from field recordings, as well as music that focuses in on the cagey aspects of technology that turn everyone into both observer and observed. Knowing that Scanner’s early work sourced audio captured from unprotected communications did loan it a certain amount of moral-gray-area frisson, even giving it a political undercurrent, but it worked as music primarily because, well, it worked as music. The three tracks that comprise m_area, a new EP by Humeka, reportedly derive their source material from various forms of communication, but you needn’t know the facts of the music’s origins to enjoy it. The brief liner note explains, in part:

All the samples in this release were captured through some kind of communication device (i.e. mobile phone, answering machine). From the streets of Paris to the private messages …

But the fact is, on m_area those sounds are so reduced to their rhythmic essentials that it scarcely matters to the listener from whence they came. What matters is “Ecotone.” That is the set’s second and central track, which brings to mind the Mille Plateaux label’s fabled Clicks and Cuts series at its zenith: it makes delectably percussive music from brittle little samples (MP3), their cold, hard sounds belying just how nimble they prove to be in Humeka’s hands.

The other two tracks are fun, too, notably for the aridly glitchy opening of “De Barbes a Ordener,” before a more orderly melody kicks in, and the humorous funk (or funky humorousness) of “Mum Phoned Me Tonight.”

2 thoughts on “Putting Aside the Concept (MP3)”