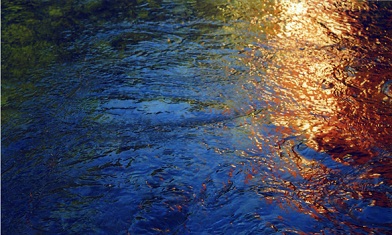 As is generally the case, the latest entry in the Touch Radio podcast series — a spinoff of Touch Editions, home to the likes of Fennesz, BJNilsen, and Biosphere — takes field recordings as its subject matter. And as is the case with the best of the Touch Radio series, the specifics of those source recordings is ambiguous. What isn’t ambiguous is their content. We know, thanks to the podcast post, at touchradio.org.uk, that the track is made of sounds from both “abandoned places” (“resonated wires, cans and other objects from an old run-of-the-river power plant”; “a singing floating bridge at fishing village”) and “abandoned things” (“a violin amplified through a empty metal can”; “recordings from inside plastic cans and bottles at the seaside”; “from inside a pipe at a gasometer”; “a motor which worked for the last time and is now abandoned”). What we don’t know is how much processing has been enacted on those sounds.

Titled “Load (Abandoned)” and credited to Signe Lidén, the piece is a quarter hour of slowly developing sounds, some recognizable, especially those involving water, but many largely rhythmic or tonal. It’s an energizing piece, keeping the ear alert to sudden shifts, and the mind to the division between the documentarian and the artisanal (MP3).

It’s worth reflecting on the distinction Lidén poses, since it’s merely a matter of scale, the idea of a place versus a thing. The beauty of the contact microphone is it turns a thing into a place by putting us sonically inside a space we could not, ourselves, fit.

(The above image, showing the reflection of a power plant in a river, accompanies the track on the Touch Radio website.)