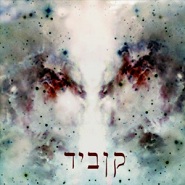 Fans of the intersection of metal and ambient can trace the overlap at least as far back as the solos of late Metallica bassist Cliff Burton. He performed these languorous swells that seemed designed to test the stuctural integrity of whatever venue the band might be playing in. The thick drones made an interesting counterpoint to the occasional classical-guitar flourishes of band member Kirk Hammett. Employed by a lesser musician, they could be considered an ambient backdrop to Hammett’s foregrounded virtuosity. But Burton had his own brand of expertise, akin to fellow metal-oriented bassist Bill Laswell’s chest-pummeling exercises in aggressive stasis. Burton died 25 years ago this coming September 27, and it’s hard to imagine he wouldn’t be pleased with the rise of sonorous doom metal by the likes of Earth, Sun O))), and Boris. Add to that list Alura Une, whose “Dybbuk,” recently appearing on the waveguideaudio.com netlabel, is a splendid instance of full-throttle molasses-paced introverted bass extravagance.

Not only does the piece make the most of its eight minutes, lingering on chords with the merest consideration of metronomic necessity, it adds a dreamy quality by employing brief occurrences of chime-like sounds that bring to mind a children’s toy. That element of fantasy links the music to the fable from which it takes its name, the legendary character from Jewish folklore that inspired the story of Frankenstein.

Get the Alura Une track at waveguideaudio.com. Wave Guide Audio is a new netlabel, run from Portland, Oregon, by Ted Laderas, who is best known for his shoe-gazing, digitally enhanced cello work under the name OO-Ray. “Dybbuk” is the label’s third release.