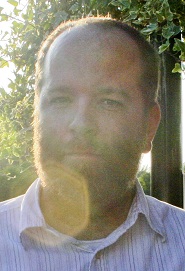 In Hollywood, it would be called a reel, a sequential survey of one’s work. In music, it’s a mix — and in the case of Jeffery Melton, who goes by nofi, it’s nearly a dozen pieces of varying sonic properties, creative practice, and artistic intent. The mix bears the title “melton.drone.mixtape-2011.09.18,” the sort of name that makes the most sense scrawled on a piece of masking tape and applied to one of myriad narrow cardboard boxes shelved in a humidity-controlled basement. Perhaps that mental image is drawn in part from the music contained in the mix, much of which has an enticing emotional remoteness. It’s a kind of bunker aesthetic, in which voices are kept at a distance, field recordings of running water veer back and forth between stereo channels amid the constant hum of ambient anxiety, and the blurring of the line between real-world and synthesized sound is paramount. Melton writes in brief of the material, which he says is recent work, that it includes “electronic drones and noise, field recordings and granular textures,” with the contents divided up as follows, though no specific time codes are made available:

Track originally posted at soundcloud.com/nofi, where it is available for free download. More on Nofi/Melton, who is based in Fort Wayne, Indiana, at nofi.org and twitter.com/nofi.