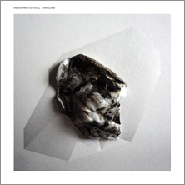 Often as not, the best moments in a minimal techno track occur during the track’s first few seconds. There will be a delirious mixture of remote noises and beat-wary metrics, all of which almost inevitably, and unfortunately, give way to a routine and stolid pace, to lounge atmospherics that wouldn’t be out of place in the lobby of a third-rate Miami hotel — and when things get really loathsome, to the rote snippet of a female vocal. But occasionally, that opening promise is fulfilled. Take, for example, the track “Nexbiome” by Iqbit, aka Rome, Italy-based Claudio Curciotti. It starts off with a beat that seems to be limping after having done battle, its rhythm shifting subtly with each hit. Various single-beat cues drop in, along with submerged effects, short-circuit rattles, and even vaguely funky asides. But it never gets much beyond its initial, ecstatically simple opening (MP3).

The track is a remix of “Nexbiome” by Plaster, and is part of an album-length compilation album of remixes of the Plaster piece, Nexbiome Digital Dubplate, from the brainstormlab.org netlabel. Track located thanks to the Spanish site phlow.es. More on Curciotti/Iqbit at soundcloud.com/iqbit, claudiocurciotti.com, and fieldabuse.com.