David Nemeth is doing something very interesting a uncertainform.com, which is subtitled “The Culture of Creative Commons Music.” He is employing the Creative Commons to explore and promote the Creative Commons. The site, which launched in the past few days, exists as a collection of works on the Creative Commons that had themselves been licensed in the Creative Commons (the site will also publish newly produced pieces). In general, this Creative Commons license allows the material to be shared for non-commercial usage. And so I am honored that my “netlabel checklist” (title: “If You’re Thinking of Starting a Netlabel …”) is among the pieces with which Nemeth is launching the site. Other initial pieces on the site include Rick Falkvinge on “The Copyright Industry: A Century of Deceit,” Fernando Fonseca on how “PIPA Is the New SOPA,” and Adam Porter on “Making a Case for Sharing.”

Each piece is accompanied by an illustration or photograph, itself made available thanks to the Commons (in the case of my article, it is a flickr.com-hosted photo by Ed Yourdon). 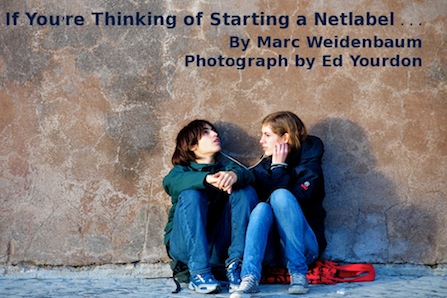 I originally published the list-as-essay here, on Disquiet.com, on April 11 of this year. The next month it was translated into Italian, unbeknownst to me, at indieriviera.it. In mid-June it was reprinted at netlabelism.com, as it has been at other sites, including angeldustrecords.com. And earlier this month it was translated into Japanese. And that’s not counting the various discussion sites where it has appeared.

One thought on “Interesting Goings-on at Uncertainform.com”