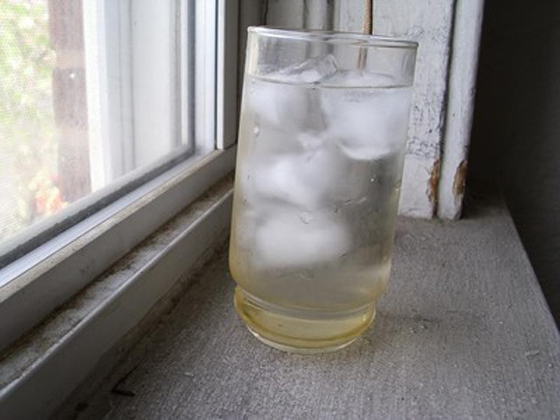 The first Disquiet Junto project was launched on the first Thursday of 2012, January 5. I had no idea if anyone would participate. In the end, 58 different musicians each uploaded, as directed, a single track in response to the assignment: “Please record the sound of an ice cube rattling in a glass, and make something of it.”

The significant majority of them made their tracks available for free download. They posted them in the Disquiet Junto group on Soundcloud.com, and used the tag “disquiet0001-ice” to distinguish their entry: including it in the file’s title and adding it as a tag. Soundcloud is a great service, but it doesn’t allow set creation within groups, so the only way to easily access the files associated with a given Junto project is by searching for a tag. I’m looking into ways to collect the files related to a specific Junto project, but in the meanwhile a search return is the best method.

The idea of using an ice cube in the glass had several points of inspiration. For one thing, given the long-running precedent of the Stones Throw Records Beat Battles, which meet once a week and use a shared sample as the starting point for competition, there was reason to distinguish the project; requesting that Junto members create their own sample, rather than employ the same exact source material, seemed like a good way to accomplish that. But, in a nod to the Beat Battles, I wanted a touch of hip-hop, and the sound of ice cubes heard in the Alkaholiks’ classic “Hip Hop Drunkies,” produced by E-Swift and Marley Marl, has long been a personal favorite (the song, which features a cameo by Ol’ Dirty Bastard, is from the 1997 album Likwidation; the instrumental is on youtube.com). In addition, the contact-mic experiments of musician Joe Colley came to mind. And, of course, there is Erik Satie’s furniture music, which is classical music’s strong precursor to what we now call ambient music: what could be a more casual everyday domestic sound than ice clinking in a glass?

The deadline was set for the following Monday, January 9, at midnight. In subsequent Junto projects the deadline would be moved back a minute, to 11:59pm, since some people weren’t sure if “midnight Monday” meant the midnight with which Monday began or with which it ended. Given that simple assignments are at the heart of the Junto, the fact that something as basic as “midnight Monday” was up for interpretation was an important lesson unto itself.

View a search return for all the entries: disquiet0001-ice.

(Image of ice cubes in a glass comes from “Mystic Cubes,” the Junto entry by Mystified.)