A punk favorite goes through the ambient pulper 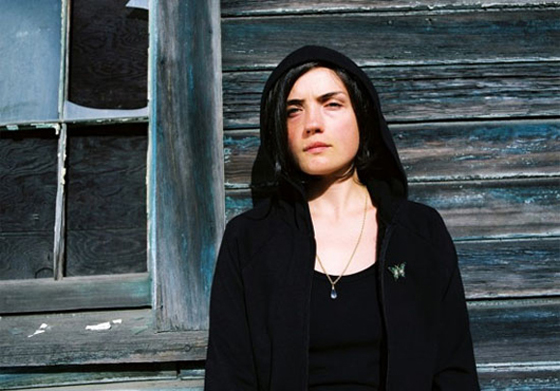 Grouper has covered an old punk-rock song. Grouper has channeled has an old punk-rock song into something akin to a deep drone. Grouper has accomplished this task not by undermining the original but, in fact, showing it deep respect — by, in essence, taking the song’s lyrics literally, especially the lines about how the title figure “comes in shallow light and disappears” and, later, the cryptic vision of a “silent chamber.” The song, “Demona” by Dead Moon, is in her rendering (Grouper is one person: Liz Harris) a deeply fuzzed out figment, less a song than the song equivalent of the illusion of water that results from hot tarmac being viewed at a distance on a sunny day. The melody and chord structure and overall shape are retained, but they’re produced in a way that makes the term “shoegaze” insufficient — this is “shoehaze” or “shoedrone” or “songdrone” or what-does-it-matter because trying to place the song in a tidy box is very much at odds with the ephemeral quality of the sound that it aspires to (MP3). It sounds like you’re hearing it through a thick wall. It isn’t wall-of-sound; it’s wall-as-filter.

[audio:http://media.xlr8r.com/files/downloads/mp3s/Demona.mp3|titles=”Demona”|artists=Grouper]
The track was made available for free download by Yeti, the magazine in whose latest issue it appears as part of an enclosed 7″ (along with three other songs, apparently not available for free promotional download).

Found via xlr8r.com and thefader.com. More on Grouper at her site. The original can be heard on youtube.com. It is redolent with a particular quality of guitar playing, one that is at once lackadaisical and jarring, and is distinct to a certain realm of non-hardcore punk