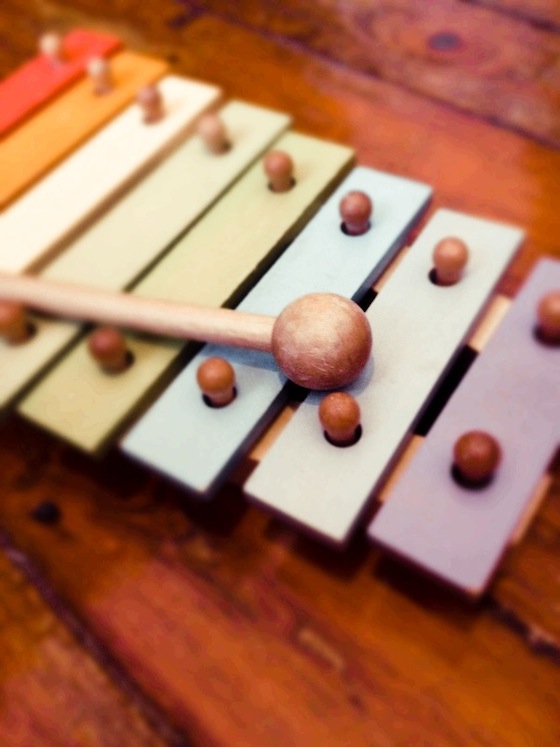 When this website’s Downstream section expanded from five days a week to seven, one of the main reasons was to allow for more frequent repeat appearances by individual musicians. And part of that inspiration was the recognition that much online music is of the “sketch” variety — not “sketch” in the slang sense of “dubious character” but in the more general sense of a draft that proceeds what might be considered even a rough draft. This is the case, for example, with the website of Analogue01, whose music for abacus got some attention here back in mid-July, and who has now committed an elegant and noteworthy miniature for muted xylophone. In his brief post at analogue01.com he describes the source material for “Sketch for 99Â¢ Xylophone” as “Maybe the worst sounding instrument I’ll ever play” and then adds a clarification: “But for 99 cents it sounds great, especially if I forget about playing notes.” The result is a piece that ekes out modest variations between what were intended to be notes, and in the process pays close attention to — and often transforms digitally for further inspection and enjoyment — unintended percussive possibilities.

Track originally posted for download at analogue01.com (where the above image first appeared) and soundcloud.com/analogue01.

2 thoughts on “Sketch for 99Â¢ Xylophone”