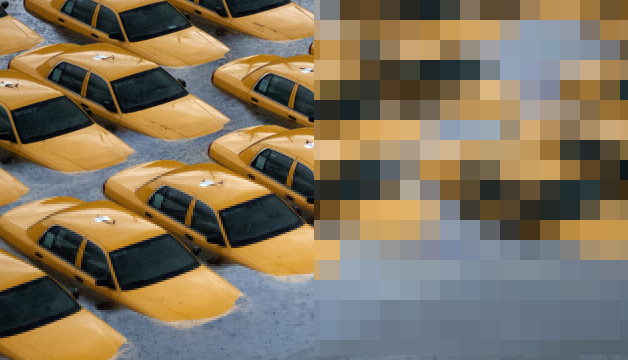 This is a set of the tracks created in this project. At the time of this update, there were 28:

The assignment was made in the afternoon, California time, on Thursday, November 1, with 11:59pm on the following Monday, November 5, as the deadline. (There are no translations this week.)

This is a shared-sample project. The theme is “the calm after the storm.” Terrible weather hit the East Coast of the United States earlier this week in the form of Superstorm Sandy, leaving death and destruction in its wake. Many Disquiet Junto contributors live in the area that was damaged by Sandy, and this project has their best wishes in mind.

The goal of this week’s project is to turn these fierce sounds into something peaceful, to produce sonic calm after the storm by using sounds from the storm itself.

For this project, we’ll employ two audio documents of the storm, both recorded in Brooklyn, New York, by Michael Raphael — known to SoundCloud regulars as Sepulchra. Both tracks are high-fidelity WAV files that represent well the fierce winds that Sandy brought to the East Coast.

The project instructions are simple:

Step 2: Create an original track that makes a transition from stormy to placid over the course of its duration. Your track should open fiercely and then slowly give way to calm. You can use additional instruments of your choosing, but the original field recordings should serve as source material both for the stormy and for the placid portions of your track. In other words: the calm part of the track should be built in large part from audio of the storm.

Information: Please, when posting your track on SoundCloud, include a description of your process in planning, composing, and recording it. This description is an essential element of the communicative process inherent in the Disquiet Junto.

Title/Tag: When adding your track to the Disquiet Junto group on Soundcloud.com, please include the term “disquiet0044-sandy2012”in the title of your track, and as a tag for your track.

License: Please set your track explicitly for non-commercial use only. The original recordings belong to Michael Raphael.

The source audio from the 2012 storm Sandy was documented by Michael Raphael, an SFX recordist who maintains the field recording blog Fieldsepulchra at http://sepulchra.com/blog. His sound effects can be found at Rabbit Ears Audio, http://rabbitearsaudio.com.

More on this 44th Disquiet Junto project at: