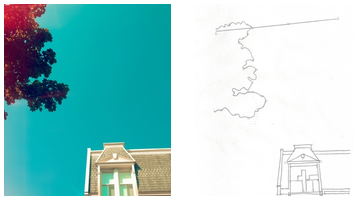 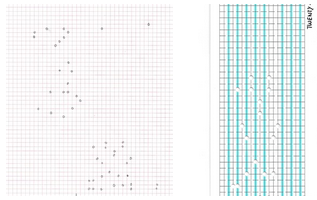 Disquiet Junto projects have yielded fascinating results, and high on the list is what Karl Fousek, aka analogue01, calls his Grid Music system. The system has two parts: one in which an image is encoded on graph paper, and another in which the resulting pattern is treated like an antique punch-card system. Part one is illustrated by the transition in the four images up top, and part two in this shot here: 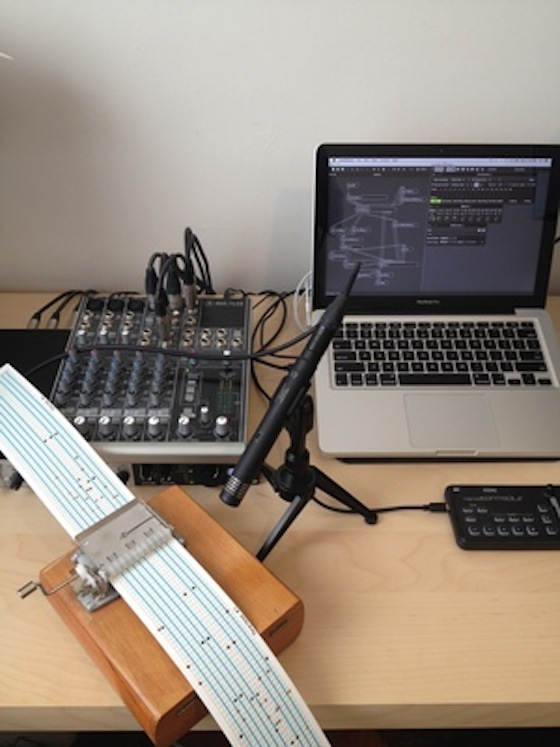 All five of those images are from a recent post on Fousek’s website in which he describes the Grid Music system in full. It originates back with the 19th Disquiet Junto project, when the participants interpreted a photo by Yojiro Imasaka as if it were a graphic score.

Here are three gently percussive Grid Music tracks, all of them the result of processing “photographs of urban skylines in Montreal,” where Fousek lives:

Track originally posted for free download at soundcloud.com/analogue01. More on the system at karlfousek.com/grid-music.