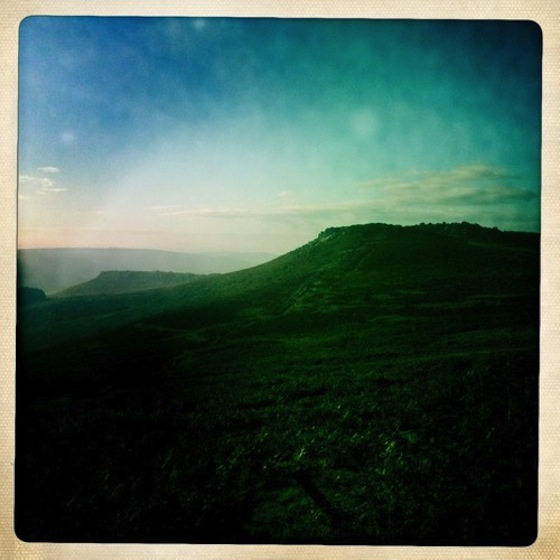 Mark Ward almost titled this nine-minute mix of drone and pulse “Three Chords in Geological Time.” Instead he went with “From Sea to Sierra.” The latter is arguably the better of the two titles for various reasons. Like the “Geologic Time” title, “Sea to Sierra” hints at the sense of movement, but it better allows for the pacing of the actual track. Drones can be especially static, and this drone-based composition is anything but. The key thing here is that “geologic” simply doesn’t apply to the kind of shifting and modulating and development that occurs within the piece, how extended tones and rough textures and beading percussion shift in relative emphasis. There’s nothing “geologic” about the momentum of Ward’s piece, except in the way that we often see geologic time sped up to display change in a manner that the human brain can process, watching continents split and mountains rise in seconds rather than eons.

Do read the note that accompanies the track at soundcloud.com/mark-ward, where it was posted for free download. Ward makes it plainly clear that this is something of a breakthrough for him. The challenge he’d long faced was, in his words, “How on earth do you make those giant droning sounds?” It’s evident that he has found his own answer.