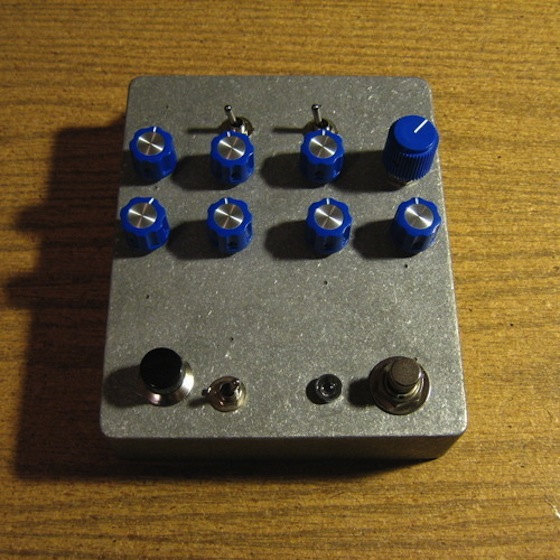 Few if any of Dave Seidel’s recordings, which he does under the name Mysterybear, are recordings in the contemporary sense of the term, at least as far as music is concerned. They aren’t layered, edited, constructed, even though Seidel is, proudly, an electronic musician. Electronic music may have been born of the creative use of the studio as an instrument unto itself, but for Seidel that progression is best recognized by the studio’s employment — by electronic equipment’s employment — as an instrument of performance, not composition. Seidel’s work may still qualify as post-production for its own sake, but it’s post-production as performance. What follows is one of his most trenchant tracks to date, a fierce play of hair-trigger static in the service of an intense, compact approach to forward momentum.

He describes it as follows:

The picture up top depicts one of Seidel’s tools, the Noise Swash, made by Martin Freeman (who, according to Seidel, took the photograph).