Notes on the sound design produced by the Disquiet Junto over a series of projects for the exhibit “As Real As It Gets,” organized by Rob Walker for the gallery apexart in Manhattan. The exhibit runs from November 15 – December 22, 2012. More at designobserver.com. There will be a live concert of music from the exhibit at 6:30pm on Tuesday, November 27. It will feature:

Moreon the show and the musicians at apexart.org.

In his novel Au Bonheur des Dames (1883), Ã‰mile Zola (1840 ”“ 1902) depicted the rise of the modern department store during the waning years of the 19th century. He did so in terms that seem more futurist than realist: “There was the continuous roar of the machine at work, of customers crowding into the departments, dazzled by the merchandise, then propelled towards the cash-desk. And it was all regulated and organized with the remorselessness of a machine: the vast horde of women were as if caught in the wheels of an inevitable force.” Or perhaps, more to the point, Zola was simply being realistic about the future. The book is rich with sonic depictions of the intensity of retail goings-on — not only the noisy machinations of capitalism in action, but the weighty silences that punctuate human communication. 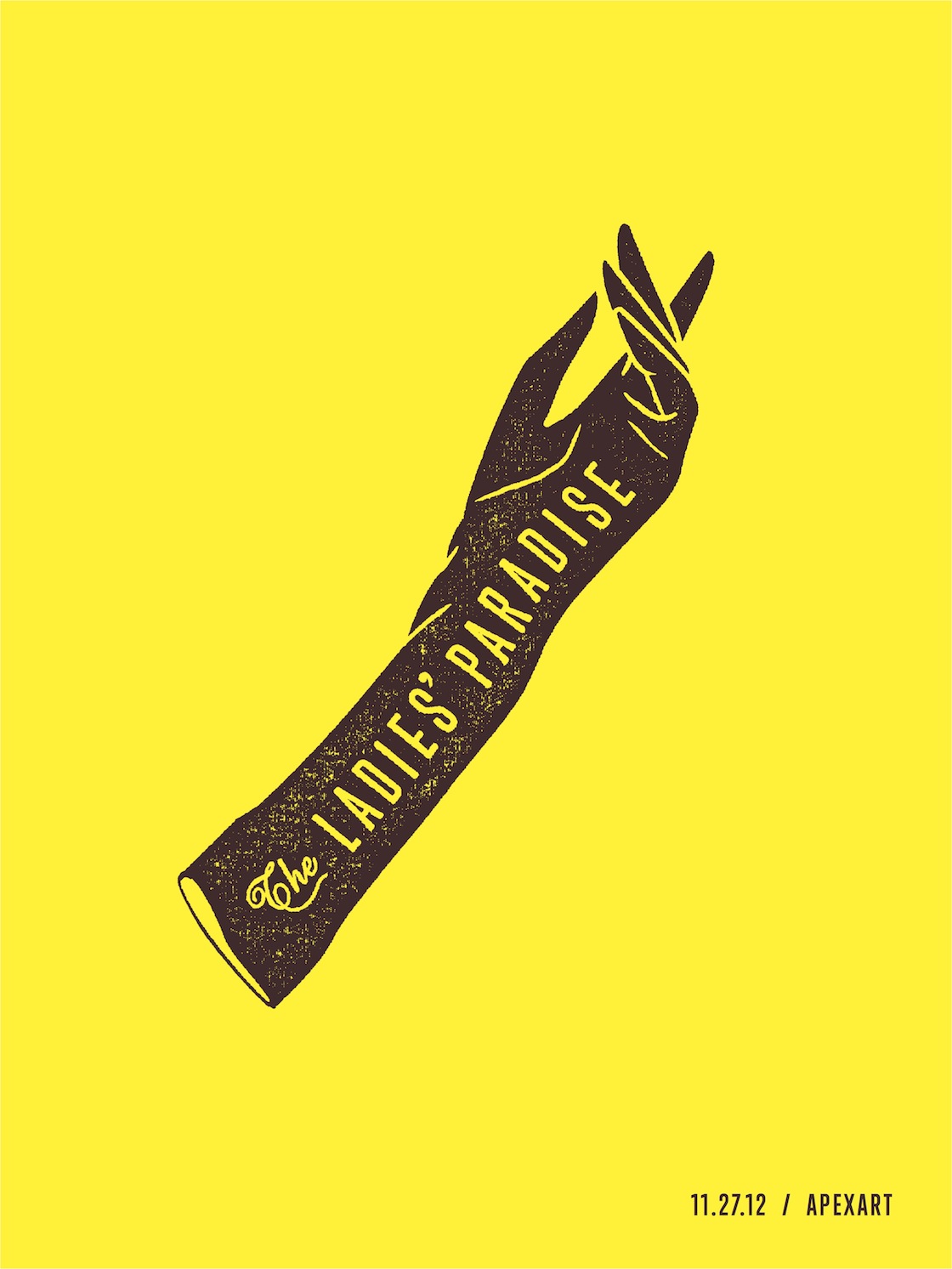 As part of the “As Real As It Gets”exhibit, the online music collective known as the Disquiet Junto explored the nature of sonic activity in large-scale retail spaces. The Disquiet Junto is a freeform group of musicians — approximately 250 as of this writing, located around the globe — who take on weekly music projects; with Fluxus and Oulipo as guides, they employ creative restraint as a springboard for productivity. Between September and November of 2012, a series of assignments spurred the Disquiet Junto members to probe the acoustics of commerce from distinct vantages.

”¢ The first of these assignments Disquiet Junto Project 0037: Store Recordings involved the collection of raw field recordings from retail spaces. These include, among other locations, a London, England, shopping center; a Macy’s in Boston, Massachusetts; a department store in Shibuya, Tokyo; an Apple Store in Boulder, Colorado; a market in Nonthaburi, Thailand; and a Target in Simi Valley, California.

”¢ The third assignment (Disquiet Junto Project 0043: Dazzled Machine) asked the Disquiet Junto members to remix the material accumulated during the first two assignments. The proposed goal was to approximate the mechanistic fury inherent in Zola’s novel.

”¢ And for a fourth side project, a handful of Disquiet Junto members produced brief, seductive sonic cues for an imagined contemporary franchise of The Ladies’ Paradise / Au Bonheur des Dames department store.

The combined 2.7 hours of sounds will be heard in an ongoing state of shuffle throughout the run of “As Real As It Gets.”Imaginary and documentary soundscapes will challenge each other’s sense of reality. Remixes will run up against the raw materials from which they were forged. And on occasion a voice will beckon the gallery visitor to The Ladies’ Paradise for the latest blue-light special.

This set is comprised of material selected from the above project by Rob Walker, the exhibit’s organizer: