… A Form of Change Repetition Is …

A sample track from the new Aboombong album 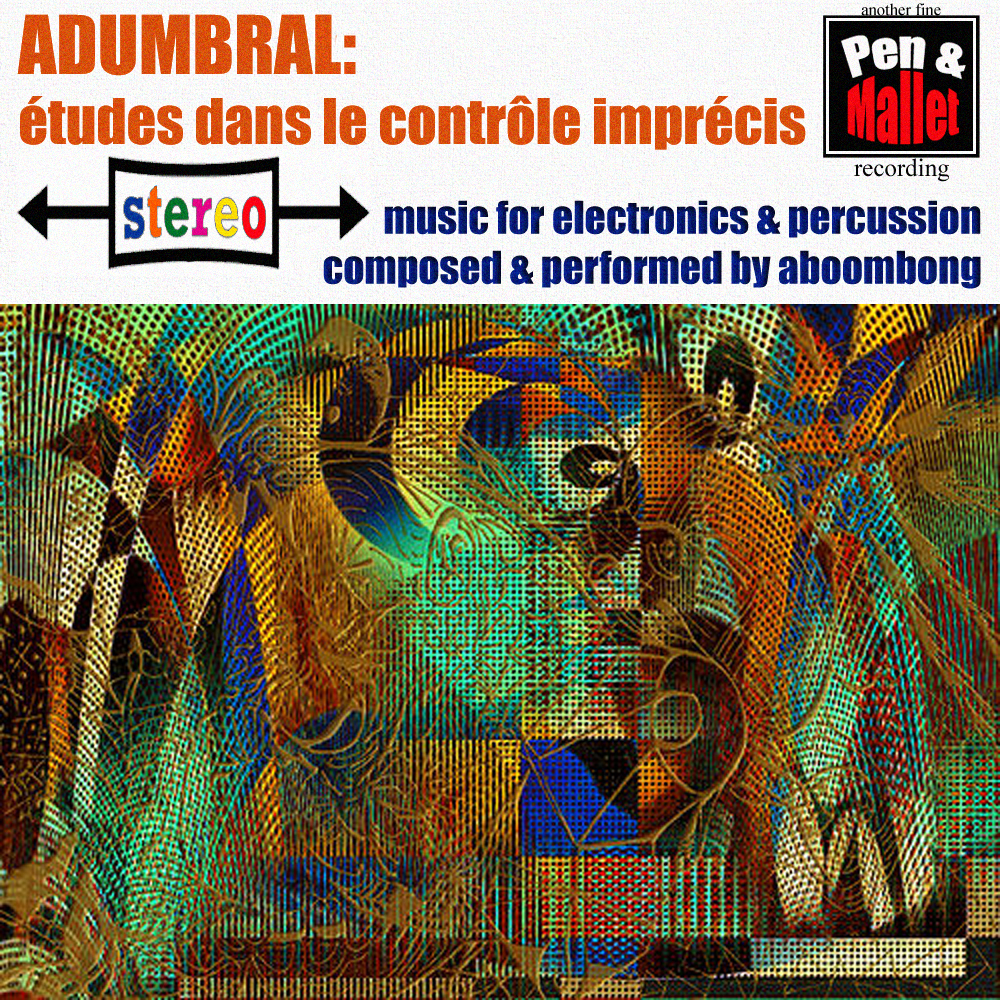 “K1” is tagged as “minimalist” by its composer and performer, the Seattle-based musician Aboombong, and that it is — though more in a literal than a genre sense of the term. “K1” is nearly four minutes long, during which a gurling riff of digital effluvia serves as a fond reminder that repetition is a form of change. As the riff moves along, its fragmentary subparts become familiar if not entirely recognizable, the frog-like rising burble that is its core, the downbeat bass note that suggests use in big-eared lounges, the bit of stereo play between speakers (or, better recommended, headphones) that especially delights the ears. Only for the final minute does the track diverge significantly, into a lightly flanging, quiet roar of drone, like a church organ heard from a great distance, obscured by some computer-enabled curtain.

Track originally posted for free download at soundcloud.com/aboombong. The song is the first of seven tracks on the new album Adumbral: Ã‰tudes Dans le ContrÃ´le Imprécis.