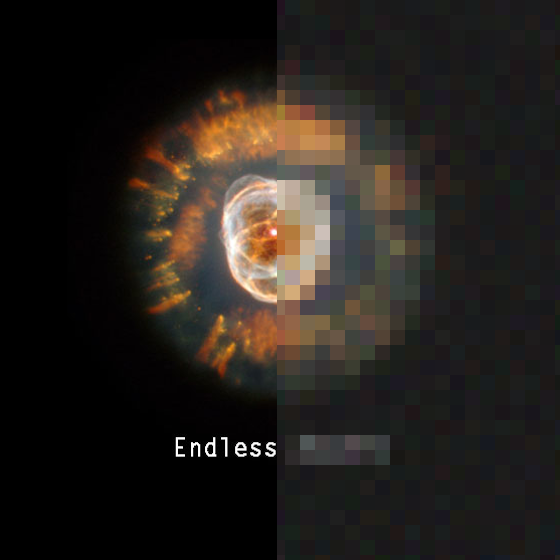 This assignment was made in the early evening, California time, on Thursday, February 7, with 11:59pm on the following Monday, February 11, 2013, as the deadline.

This is a shared-sample project. Create a single new piece of music by employing the selected material (see below) of each the following three tracks. All three were initially released on the netlabel Endless Ascent, and were posted to the Internet with a Creative Commons license encouraging derivative reworking. Please only use this material; you can transform in any way you choose, but do not introduce any new source material.

1: The 30 seconds of “Materia Lucida,” the title track of a release by Kirill Platonkin and Jarguna:

2: The second 30 seconds of “With a Wimper” off Exuviae’s album The Sum of Zero:

3: The final 30 seconds of “02” off Illuminoscillate’s album Solar Wave Phase:

We’re doing this to pay thanks to the open-minded Endless Ascent, which not only releases its music for free download but also employs the Creative Commons license that allows for derivative works. There are hundreds of netlabels out there, but only a small percentage allow for reworking. These occasional Junto netlabel remix projects are intended to promote reworking as itself a means of music distribution.

Length: Your finished work should be between 2 and 5 minutes in length.

Title/Tag: When adding your track to the Disquiet Junto group on Soundcloud.com, please include the term “disquiet0058-endlesscommons”in the title of your track, and as a tag for your track.

Download: For this project, your track should be set as downloadable, and allow for attributed remixing (i.e., a Creative Commons license permitting non-commercial sharing with attribution).

This Disquiet Junto project was done as a celebration of the efforts of the Endless Ascent netlabel, and to support its employment of licenses that allow for derivative works. These Junto netlabel remix projects are intended to promote reworking as itself a means of music distribution. This track is comprised of three pieces of music, all originally released on Endless Ascent: “Materia Lucida,” the title track of a release by Kirill Platonkin and Jarguna, “With a Wimper” off Exuviae’s album The Sum of Zero, and “02” off Illuminoscillate’s album Solar Wave Phase. More on the Endless Ascent netlabel, and the original versions of these tracks, at http://www.endlessascent.com/.

More on this 58th Disquiet Junto project at: