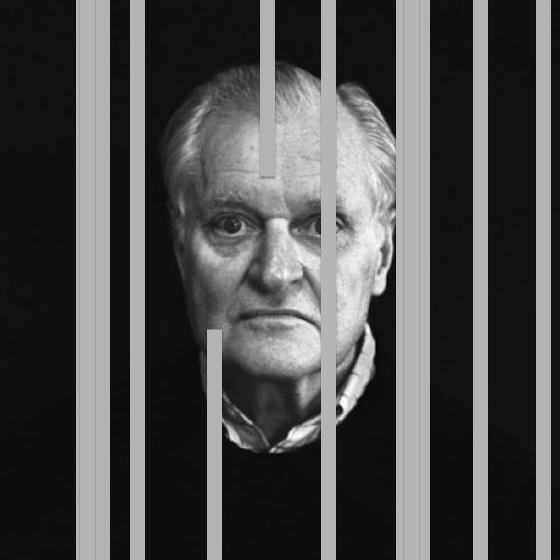 In an exploration of contemporary poetry, Christian Hawkey focused not on the words but on the spaces in between. The result is an audio track constructed entirely from the times when the poet John Ashbery is speaking but not saying anything (MP3). The track was created from material stored in the PennSound Archive. Here’s some background on Hawkey’s project, which grew out of a 2012 Ashbery symposium:

Hawkey chose to explore his audio archives, or rather, the various recordings of John Ashbery that Pennsound has compiled over the years, beginning with his 1961 reading for the Living Theater.

He became especially interested in listening to the room tone and background noise in all the recordings: the recorded texture of the room, the sound made by the recording device itself, and the non-vocal presence of Ashbery himself (a page turning, lighting a cigarette, sipping from glass of water and swallowing). Working with a friend, the artist Simone Kearney, Hawkey scanned the roughly 45 extant recordings on Pennsound to find, in each one, a clip of “silence”— a brief 3-to-7-second non-vocal moment (longer proved impossible to find) between poems, or between commentary and poems, or between title and poem. They then assembled the clips into one audio file.

It was surprisingly difficult to do this, they found, since most sound engineers remove as much dead sound and background sound as possible, or they snip off the silence at the beginning or end of a reading. Hawkey became increasingly fascinated with this project because it reads a kind of ecopoetics back into the poet’s auditory (and by extension textual) performance: what is normally elided in recordings (background, room tone, noise) is here entirely foregrounded.

What makes the work resonate is the opportunity for aesthetic correlation:

Hawkey thinks this is analogous to, true to, aspects of Ashbery’s own aesthetic, where junk speech or everyday speech (that which is often censored from normative “literary”writing) is, in his work, front and center, foregrounded as sociolect, various vernaculars, ideolects.

One thought on “The Spaces in Between (MP3)”