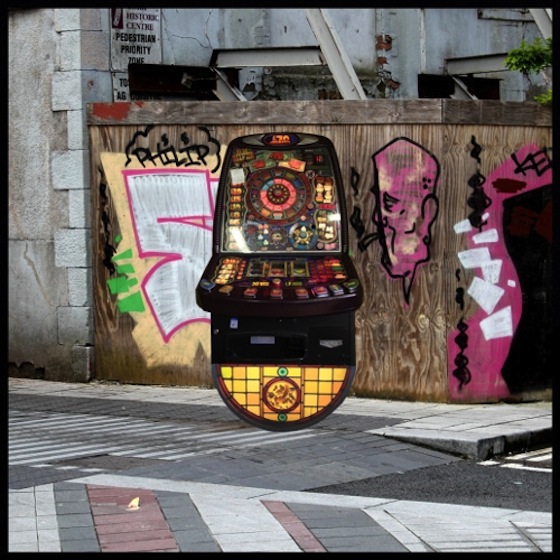 If you’ve read mention of the great Chicago-based broadcast/podcast Radius here quite often, but haven’t quite cracked its sonic code, given how informedly abstract its audio can get, then a comfortable place to start might be its current edition, number 38. This one is by Gavin Prior. Titled “Babbleon Cork,” it is a 20-plus-minute excursion into the sounds of Cork, Ireland, where Prior wandered about, recording device in hand, and captured the sounds of the city. As the title suggests, these sounds are largely a matter of human speech, thick regional accents making opaque what seems tantalizing in its near-familiarity, at least to a fellow English-speaker. It’s fascinating how a fair amount of dialect and slang can have the transformative impact of a digital audio tool. In addition, Prior employs those very tools, subtle electronic effects, the result of which he likens to a collage, one in which foregrounded noises and looping are engaged to produce something not fantastic or abstract so much as it is hyperreal.

He writes, in part:

“The emotional content of the direct speech is soundtracked and enhanced by the abstract, “instrumental”elements in the collage. The result is a short album which captures the energy of the city mixing layers of abstracted sounds and the fluent, irreverent utterances of the Corkonians themselves.”

Track originally posted for free download at theradius.us. More from Prior at his gavinprior.wordpress.com website and at the record label desertedvillage.com, which he co-founded. The above image is from a set of collages he created, available from his flickr.com account.