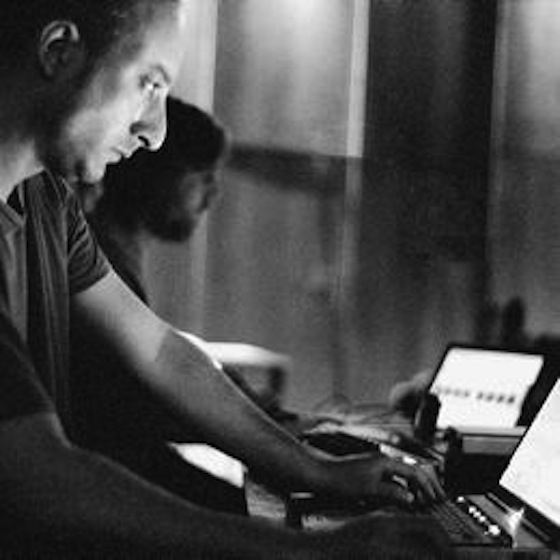 Ephraim Wegner and Cem Güney have their ear to mid-distant future, specifically the one in which technology has manifestly altered human nature. Now, it may be argued that technology is merely an extension of human nature, that by our very nature everything we do is natural, and that all human-created technology — right back to rudimentary tools, even to the tool called language — has in turn altered what it means to be human. But it doesn’t seem an act of generational hubris to sense that something is going on with networked communication, with outboard memory, with ambient awareness, and so on that does raise the species stakes. What Wegner and Güney are up to in their 20-minute sound work “How to Survive in the Postâˆ’Human Era” is to explore those resulting circumstances in sound. In the work we hear Morse code, snatches of encoded verbiage, snaggles of wire dragged through the muck, signals aligning, data being parsed — yes, some of these are objective, and other are associative, but the strength of the piece is precisely how the boundaries between them blur (MP3).

[audio:http://download.cronicaelectronica.org/cronicast107.mp3|titles=”How to Survive in the Post-Human Era”|artists=Cem Güney + Ephraim Wegner]

In a framing essay, Wegner and Güney talk about countervailing tendencies in depictions of the future, from global-beneficent singularity to dark, dystopian malaise. They pursue this with a focus on artificial life, on the machine as a music-producing mechanism enacting indirectly the will of the machine’s creator, making the creator a meta-creator. They term this an “AI-DSP” (an artificially intelligent digital signal processor). They describe their process as follows:

Musically the topic was implemented in various ways: The composition is divided into three parts: Design, Test and Launch. Design begins with pure sine waves which generate different interferences. Thereafter, a more complicated structure, consisting of voice, feedback and bit errors develops. Test starts with processed voice recordings played in the form of a canon. Different tones and words simulate sounds already existing in our surroundings. Bit by bit the machine takes over the action of the musicians and manipulates the voice recordings by means of a logical defined structure. Launch is based on Christian Wolff’s techniques for structured improvisation. Digital noise processed with different filter settings is played according to a call & response scheme. Lastly, sounds are generated with spatial movement according to a score.

The piece was performed live and debuted at the Festival for Applied Acoustics in Köln, Germany, on November 6, 2011, in an eight-channel format. The music was originally posted for free download as part of the CrÃ³nicaster podcast series at cronicaelectronica.org. More from Wegner at anti-matter-plant.org, and from Güney at impulse.tumblr.com.